We recieved a credible tip regarding two past Joliet Township board members, Robert Wisniewski and Jeffery Wallace.  We were told a plan was discussed to convince them to not run again by appointing Wisniewski to be the Road District Attorney and Wallace to be a senior Laison. To date, Supervisor Vera has refused to respond to our inquiries on this matter so we have been unable to verify the claim, however, he has not denied it.  Regardless, what we have been able to verify is very troubling.

For the purposes of this article, we will expose what we have found regarding the appointment of former board member Robert Wisniewski to be the attorney for the Road District.  The appointment of Jeffery Wallace to be a Senior Laison will be covered in another article.

May 23, 2017, only eight days into the new term of Township officials, three members present voted to appoint Robert Wisniewski to be the Township Road District Attorney.

While on the surface, reading those minutes may not throw any red flags to most, we find the action very troubling because this is a brand new board and there is a retainer agreement already drafted and handed out for review.  We noted that there was no discussion on such an appointment in any prior minutes yet now, not only is the new board presented with the agreement, but there are also two missing board members.

What was Wisniewski’s compensation as a board member prior to this appointment? The resolution reflects $12,000.00 plus health insurance.  This is where it gets interesting.

The retainer agreement entered into with the former board member to be the attorney for the Road District provides $15,000.00 and includes a monthly medical stipend that is equal to the Townships’ base insurance amount, $330.00.

Can anyone explain why a medical stipend for a private attorney should be paid as part of a retainer agreement for legal services?

Is it because he is no longer eligible for the Township insurance and this was a way of making him whole for stepping down and losing those benefits? The total compensation with this agreement is $18,960.00.

So what did this attorney do for the Road District?

A Freedom of Information Act request for all invoices from the attorney resulted in no records.  If there are no invoices for services provided then the presumption is there was no work performed.  A legal retainer provided for services can not be expended unless services are in fact provided. Additional requests have been submitted but we do not expect to get anything as we have confirmed the Road District has no knowledge of any work performed by this attorney and the Township has no invoices from the attorney that would prove work was performed.

So how was this newly appointed road district attorney getting paid without invoices?

Check request forms were filled out by the in-house CPA.  Here is where we call for her resignation.   These requests totaled $1,580.00 every month with the exception of the first month, May of 2017.

The attorney was appointed on May 23, 2017.  The check request by the CPA for that month reflects a half month pay is owed to the attorney.  Can anyone explain how being appointed on May 23, 2017, adds up to a half a month when there are only eight days left in the month?  It must be nice to get paid for half a month while only providing 8 days of work…….oh, wait, we have yet to find any work actually performed.

Looking at all the payments made to this attorney, he was paid $43,450.00 and has not produced a single invoice for any services.

This attorney resigned as the Road District Attorney effective October 23, 2019, the day after the current highway commissioner informed the Township Board he had hired legal counsel.  We find it odd that his resignation letter did not include a check back to the Township.  One would think all funds paid would be returned if no services were provided and considering his October pay was due October 15, 2019, he once again only has 8 days of service yet was paid an entire month total of $1,580.00.

Why should the CPA resign?

Excusing the overpayments for months where the person did not work the whole month, all the check requests reflect the payments were to be made from the General Town fund. (GT).  This is yet another example of people not reading the very laws they are bound by.  This particular person is making $80,976.27 in salary, $6,304.00 in employer-paid health insurance, $6,550.00 in employer-paid health insurance deductible, $450.48 in Dental insurance, $211.32 in Vision insurance, and $49.20 in Life insurance and Accidental Death for a grand total of $94,541.3.  One would think for all that money you could read and properly apply the law as it pertains to paying an attorney for the Road District.

Not only were funds paid from the wrong fund, but the statute also outlines that such an appointment is contingent on the Highway Commissioner’s approval.  To date, there has been no such approval provided making this entire appointment null and void.  During public comment at yesterday’s meeting, I suggested they take appropriate steps to recover these funds. I’m confident they will ignore that suggestion.

Yes, it gets worse.

One would think the appointing of an attorney for the Road District would result in some kind of record of them doing work for the Road District.  From the date of appointment to the attorney’s resignation in October of this year, we found his name mentioned TWICE in the minutes.  Both being in June of 2018. June 12, 2018 minutes and June 26, 2018 minutes and in both cases, he is working with the Township attorney on the matter.  One would think we would see an invoice for those matters referenced, however, the Township has no such record.

Other than that one month, we do not find the Road District appointed attorney’s name anywhere in the minutes.

What we did find is most telling!

Throughout the minutes from the very day the Road District attorney is appointed to August of 2019 (June 2018 being an exception), all references for any attorney and legal matters all point to the Township attorney, not the one that was paid $43,450.00 for his services without a single invoice record at the Township.

Looking at this in its entirety, from the first-hand tip on how this position was going to be created to the fact there is virtually no mention of him doing any work on his own for the Road District, this points to a ghost contract.  An attorney could face serious discipline from the ARDC if they are found to have spent a client’s retainer and not provided any legal services, which appears to be what has happened in Joliet Township.

We urge the Supervisor, the Board, and the CPA to all turn in their resignations as it is clear they are not looking out for the best interest of the Township residents.

Stay tuned for what we have uncovered on the other Board member’s appointment as Senior Liason. 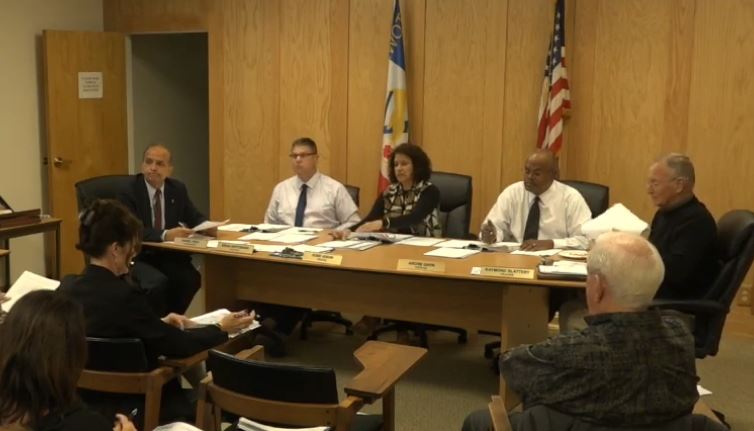