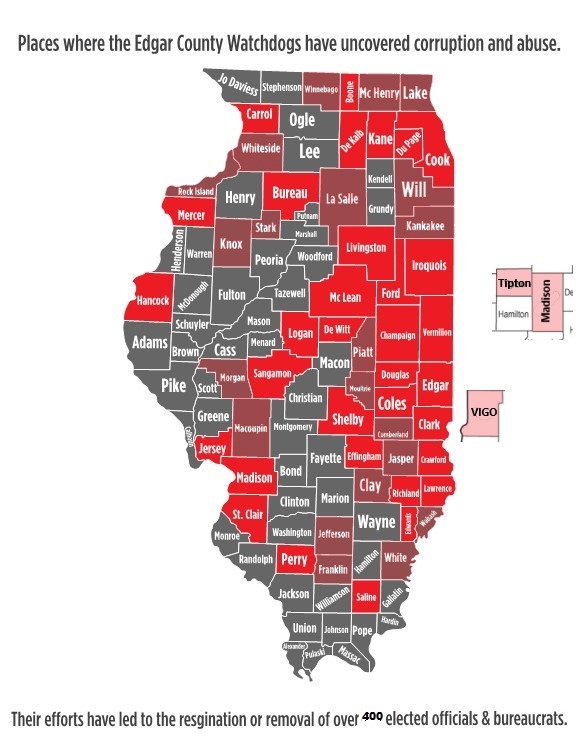 Time for our annual report on some of our activities throughout 2020, so here goes:

This work has lead to multiple public officials leaving office in 2020 as well as numerous ongoing criminal investigations.

Places we have worked in the past several years are colored in (pic does not include work in states outside of IL and IN): 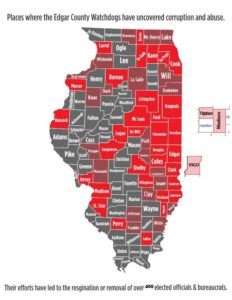