On September 16, 2020, the Attorney General’s Public Access Counselor (“PAC”) determined that the Village of Orland Park violated the Freedom of Information Act (“FOIA”) by improperly responding to a request for public records seeking a list of all persons/user names who were banned or blocked from the Village’s social media accounts, including Twitter and Facebook.

The Village responded to the FOIA request stating it did not have any responsive records, however, the requester replied with a screenshot of the Village blocking him, and stated they must have at least one record because he was blocked.

A request for review was then filed with the PAC alleging Orland Park violated the FOI Act by not providing the names of people banned or blocked from village social media accounts.

The Village argued that any records of of accounts it has blocked on social media are not public records for the purposes of FOIA because they are “prepared, maintained, possessed, and controlled by Facebook and Twitter,” and not by the Village itself. The Village contended that while the list of blocked accounts may be viewed by the Village on these platforms, “the Village is not sent a list of names, so it has never ‘received’ this alleged list.” The Village agreed that it is able to view the lists, but claimed that the lists are transitory in nature and do not become public records until a  permanent copy is saved or printed.

The PAC disagreed with the Village’s arguments because it ignores the fact that the Village, as owner of the accounts, chooses which accounts to block on Facebook and Twitter, thus creating the list of accounts that are blocked on each site by the act of blocking them, and also, that the created lists are under the control of the Village. 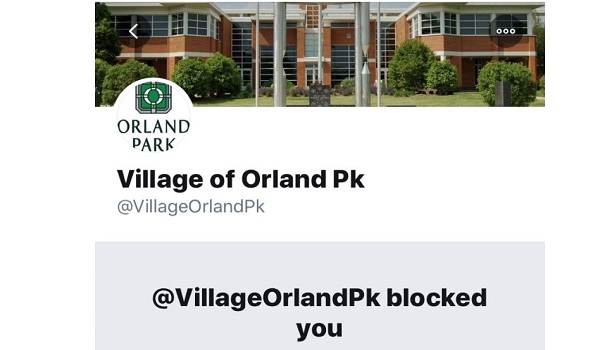