Amy Jacobson, a journalist for Salem’s AM 560 The Answer in Chicago, broke news that the governor’s family had traveled to Wisconsin amid a statewide “stay-at-home” order. Now she is banned from the governor’s daily press briefings.

CHICAGO (June 1, 2020) – Veteran Chicago journalist Amy Jacobson and the news station she reports for, Salem Media, have filed a federal lawsuit against Illinois Gov. J.B. Pritzker after he announced Jacobson is no longer allowed at his media briefings.

The lawsuit, Salem Media of Illinois, LLC v. Pritzker, was filed today in the Northern District of Illinois. Attorneys also are asking the court to take immediate action to allow Jacobson back into the press briefings. The lawsuit was filed by attorneys from the Liberty Justice Center, a public interest law firm that won the 2018 Supreme Court case Janus v. AFSCME.

BACKGROUND: Illinois Gov. J.B. Pritzker was one of the first governors in America to issue a statewide “stay-at-home” order, and Illinois continues to keep in place some of the nation’s most stringent restrictions. Pritzker has said that Illinoisans cannot resume normal activities until a “vaccine or highly effective treatment” is available, and has criticized other states that have lifted their lockdown orders.

On Friday, May 15, Jacobson broke the story that Pritzker’s family had traveled to their equestrian estate in Wisconsin amid Illinois’ stay-at-home order — weeks after it was reported that his family was at another estate in Florida. The news raised questions about why the stay-at-home order did not apply to the governor’s family.

On the day of the governor’s next press briefing, Pritzker’s press secretary told Jacobson she was banned from the briefings because she had attended a rally advocating for Illinois to end its lockdown. When questioned by reporters about Jacobson’s exclusion the next day, Pritzker told the press corps that Jacobson could not attend because advocating for Illinois to end its stay-at-home order represents an “extreme position.” The governor went on to say: “That is not a reporter … once upon a time she was a reporter, but she proved that she is no longer a reporter.”

“Gov. Pritzker has been in the hot seat over his handling of the coronavirus pandemic, and it’s visible from his reactions to Amy Jacobson’s questions that her reporting made him uncomfortable. But what the governor appears to not understand is that Americans have a right to hold their elected officials accountable, and one of the ways they do this is through a vibrant, free press,” said Patrick Hughes, president and co-founder of the Liberty Justice Center. “It’s not up to Gov. Pritzker to pick and choose which reporters can cover him based on how much he agrees with their coverage or their points of view. And keeping reporters out of the room because he disagrees with their line of questioning or point of view is a gross violation of the First Amendment.”

Jacobson is a veteran reporter who has worked for television and radio stations across the country for more than 25 years. For the last decade, Jacobson has been a journalist and morning show host on Salem Media’s Chicago station, AM 560 The Answer.

Jacobson has been attending the governor’s COVID-19 press briefings on behalf of the station since April. While some reporters have used the daily briefings to ask softball questions, such as how the governor is holding up, Jacobson has asked notably tough questions.

“The reason we sent Amy to these press briefings is because she is a dogged reporter with a reputation for holding public officials accountable. Over the last two months Amy has done her job well, asking the tough questions that are on the minds of so many of our listeners,” said Jeff Reisman, regional vice president and general manager of AM 560 The Answer. “We’re disappointed that the governor would retaliate against her and take the unprecedented step of blocking her from his press briefings. We had hoped litigation would not be necessary, but it’s imperative for Amy to get back into the room and keep doing her job.”

The lawsuit, Salem Media of Illinois, LLC v. Pritzker, was filed today, June 1, 2020, in the U.S. District Court for the Northern District of Illinois. A copy of the case is available here: https://libertyjusticecenter.org/media/salem-v-pritzker 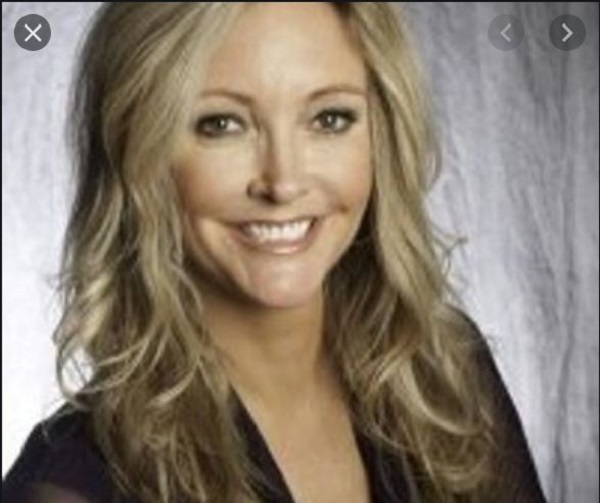