More Red Flags Up the Flag Pole- Corbett in the Hot Seat!

As most have come to know, I filed a law suit against the FIPHD for violations of the Freedom of Information Action.  I covered that in this article.

Now why do you suppose they would refuse to provide public information pertaining to Grants, for the last two years?  I know, they claimed it was unduly  burdensome but that won’t hold any water in court.

Have we possibly stumbled onto the truth of why they don’t want anyone to know about the grants they receive?   Why refuse to supply Grant Compliance documents?  It may be very reveling to see what those documents reflect because certain laws my well have been violated, depending on the source of the grant money.

A comment from the Solar Panel Scandal article was more welcome than the person may realize.  You see I specifically referenced a “State Agency” statute found in the Finance Statute, 30 ILCS .  I will be doing a dedicated article for that comment shortly as that statute plays a key role in more than just appropriations, which leads me to this very article!

Many may recall the justification for certain expenditures, such as Fly Swatters by the FIPHD.  Numerous promotional expenditures have taken place and if I recall Mr. Corbett’s comments correctly from the TV news coverage, he claimed those expenditures were totally legal and permissible.

Julie Clark had quite the statement in the press release that was published shortly after all this started going public that is absolutely PRICELESS!

“As anyone in government would know, each grant rewarded for programs and services comes with very particular stipulations on expenditures, and we’re grateful the FIPHD keeps such accurate records”. (source)

Does anyone else find it odd that an organization that claims to keep such accurate records refuses to disclose those public records?  Whats the real reason for refusing?

I wonder how Mr. Corbett and Julie Clark are going to reconcile their promotional expenditures purchased with State Grant Money with a law directly out of 30 ILCS?  A law that forbids such expenditures from 8-2-2010 through 8-20-2012.  Does anyone recall the fact that Mr. Corbett is on Camera justifying it!

“Corbett said giving away fly swatters and calendars is just another way they can promote the department. He said they have to because of the grants they receive.” (source)

Is it any wonder the FIPHD has refused to comply with our request for Grant related documents?  I suspect when all is said and done, the courts will require them to turn over the records we have legally requested.   Once we have those records I suspect we are going to find that the FIPHD has yet again violated state law!

Rest assured, the information coming in for us to review is happening faster than you can imagine and we thank all those who continue to provide such great information.  Keep it up!   We will process it and cross reference it as fast as we can and for those that still think everything is peachy in the Health Department, you might want to re-evaluate that position, as things are far from peachy!

If your trying to catch up on all the information we have covered on the FIPHD you can do so with all of these articles. 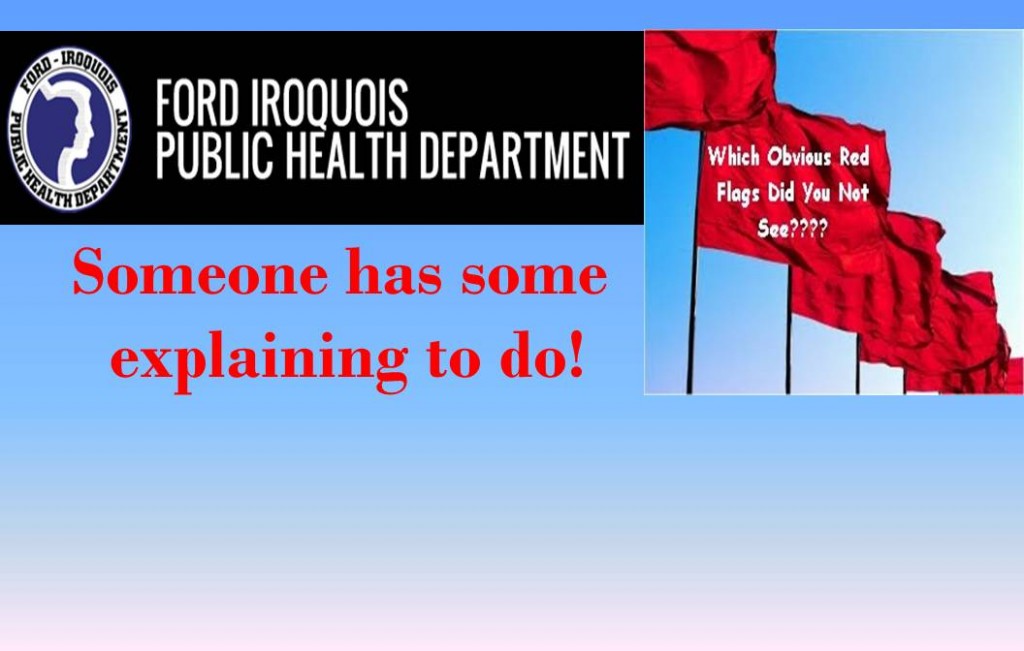