Joliet Township – Insider dealing must be held to account.

Joliet Township Supervisor Dan Vera has a long and well-documented history of ignoring and abusing the laws of the state.  Clearly, he has not adhered to the highest standards of ethical conduct. Please, don’t just take our word for it, read the documented history for yourself.

While we have exposed the insider employment and ghost contracts Vera provided to former trustees in articles here, and here, we now have yet another insider Trustee employment deal to expose. At a minimum, the “lowest” standards of ethical conduct are exhibited and possibly a crime was committed.

If this is not another example of a total insider self-dealing transaction in which a trustee directly benefits, I don’t know what one is.

While there is a provision in the law for a Township Trustee to be appointed to, or hold any office by the appointment of the board of township trustees if they first resign, the courts have chimed in on very similar matters and found the common law applies as well as specific conflict of interest statutes.

“The conflict of interest statutes reflect long-standing common law doctrine that the faithful performance of official duties is best secured if governmental officers, like any other persons holding fiduciary positions, are not called upon to make decisions that could result in a personal advantage or disadvantage to their individual interests. Common law conflicts of interest may exist even in circumstances that do not violate the Illinois conflict of law statutes.” ( see page 5 but please read it all! )

In this case Trustee, Slattery had not resigned before doing work for the Township and clearly he had an inside advantage and knowledge of the vacancy.  By assisting in the accounting operations before resigning he placed himself at the front of the line for employment.

In Illinois, there is a law entitled the Public Officers Prohibited Activities Act.

In People v. Savaiano, the Third Appellate Court weighed in on the language of the Public Officers Prohibited Activities Act and determined that the entire process of discussing, applying for, making, or letting of the contract presented a conflict of interest – even if no contract was ever awarded (completed):

“We do not believe that the word “contract” as employed in the statute, construed with its other provisions, should be given a narrow technical meaning, but rather, we conclude, it should be construed to include the whole bargaining process which leads up to the completion of a binding contract or agreement with the governmental agency. The reason for such construction is clear. Savaiano had already done all that was required of him to be in violation of the statute, by holding his interest in the land throughout the negotiating sessions. The only missing element, even by defendant’s interpretation of the statute, was the final *1055 contract itself. We do not believe it was the legislative intent to provide that the criminality of such conduct would hinge on the sole factor of whether or not the contract actually came into being. This was a decision which was up to the full 25-man Commission. To hold that the nature of the conduct, criminal or legal, is based only on the decision of the Commission to approve, modify or reject the Committee proposal, we believe, would emasculate the statute and frustrate the legislative intent.” and “. . . we believe that the actual existence of a formal legal contract is not an essential element of the crime.”

This is what we allege happened in Joliet Township – that Trustee Slattery knew an employment position would become, or was, vacant, that the supervisor and trustee communicated about the vacancy, and that the trustee performed duties of a trustee at the very meeting in which he accepted the employment position. It does not matter that he resigned or did not vote on his own employment. When reading Savaiano, we could conclude that even if the trustee did not accept the position, he would have still been in violation of the Act. Savaiano’s conviction upheld. 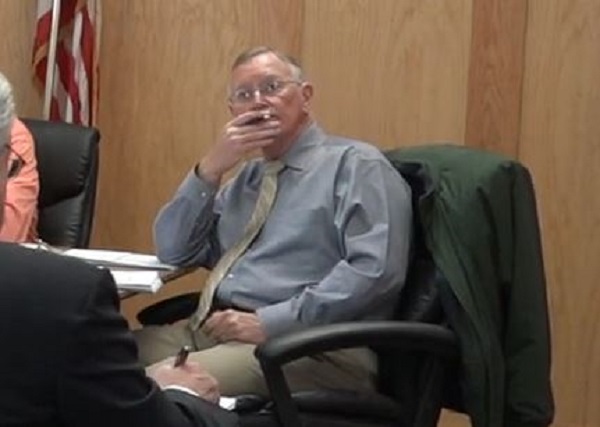