Imagine a world in which school board members, or any other public board for that matter, could simply hold a fake “trial” and “convict” an elected board member they didn’t like of “crimes” and then vote to remove them from the board based on those fake convictions. Voters would and should be outraged by a local board taking their right to vote and have their vote count away from them without due process.

This is a real event in Dolton School District #149 located in Calumet City, Illinois.

On November 16, 2022, the Dolton School District 149 Board of Education held a meeting in which board member Rayya Ghani attended and participated. The Board allegedly removed her from office on Nov 3rd.

When the board decided to enter into closed session, board member Ghani entered the closed session meeting room and was instructed to leave. She refused. Calumet City police were called and after lengthy discussions between the police, Ghani, and the board attorney, the board reentered into open session again and suspended the remainder of the meeting and adjourned.

On October 11, 2022, the Dolton School District 149 Board of Education held a meeting in which they claimed board president Rayya Ghani had violated her Oath of Office and passed a Resolution removing her as president.

Ghani disputes all charges included in the Resolution. Nothing in District 149’s policy permits removal of board president. Nothing in the Illinois School Code permits removal of board president, however, the school code does permit appointing a President Pro Tem when the President refuses to perform her duties, but that is not what District 149 did in this case. In addition, the school code mandates the Vice-President be appointed as President Pro Tem, the district did not appoint the vice-chairman, instead it removed the chairman, bypassed the vice-chairman, and appointed an entirely different board member as chairman.

On November 3, 2022, the Dolton School District 149 Board of Education decided to hold a meeting where they would proffer “charges” against elected school board member Rayya Ghani, hold a Hearing or “trial” and censure and “convict” her of what amount to criminal charges, and then vote to remove her from the board of education based off of their “conviction” of her.

Ghani disputes all charges included in the agenda and Resolution approved at the Nov 3rd meeting and disputed the board’s powers to remove her from office. We agree they exceeded their powers here.

We suggest an Illinois School Board of Education does not possess the powers to declare a board member seat vacant for [criminal] charges the board itself allegedly “convicted” that board member of. Conviction powers belong in the Courts.

The school district’s attorney, Edward James Wong III, of Del Galdo Law Group, should shoulder much of the blame for this apparent bad legal advice and removal of an elected school board member without authority. Wong also wrongly thought he possessed powers to direct the board secretary to not take proper meeting minutes (see the 30-minute mark in the below video). She refused his fake directive.

While there certainly are situations in which a school board can declare a seat vacant, they cannot hold a trial, convict a board member, then declare the seat vacant based on their fake conviction. See Brown v Johnson, 2005, where the First Appellate Court determined a school board could determine the facts which give rise to a vacancy and could declare a seat vacant – Brown was about residency. In any event, there was definitely no “conviction” by a court which would have given rise to this alleged vacancy in Dolton SD #149, it would therefore be impossible for the district to determine facts of a conviction for a vacancy, based on convictions that never happened in a Court. I talk about this during public comment time (see the 33:14 mark in below video).

Section 105 ILCS 5/10-11 of the Illinois School Code explains when vacancies occur, and generally, an office is vacant upon death, resignation in writing, under legal disability (this is a legal term), ceasing to live within the district, conviction of an infamous crime or of any offense involving a violation of official oath or of a violent crime against a child (“conviction” is a Court action, not a school board action), removal from office (by a court or regional superintendent), etc.

Finally, the Regional Superintendent of Education, South Cook, stated she would never have agreed to this removal, and her office is the only office authorized to remove a board member for willful failure to perform duties. She did mention Brown v Johnson, which, as we wrote about above was a residency question.

Meeting video is below. It ends when the board enters closed session. 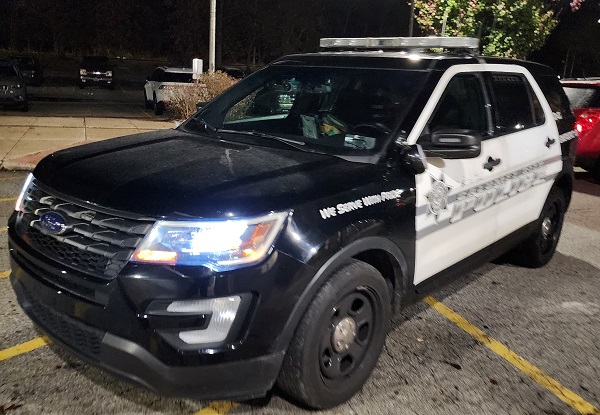