The Shelby County Board attempted to approve the audit of the county financials during their last meeting. However, due to the fact the auditor could not be heard due to the presentation being done over a ZOOM connection, the approval was delayed. We would hope the County Board demands the audit be presented in person rather than by ZOOM.

While we identified numerous concerns with the information presented, we will discuss what we believe the be the most concerning as it relates to transparency and compliance with the law.

We have been attending Shelby County Board meetings and were present when the board selected the Auditor for their required audit. Of interest, there was never any board discussion as to the Scope of the audit to be conducted.

Who determined the Scope of the Audit?

“We performed the audit according to the planned scope and timing previously communicated to your representative, Bryon Coffman in our meeting about planning matters on May 20, 2022, in addition to our engagement letter dated January 19, 2022, accepted by Bryon Coffman.”

We have not found any Board action determining the scope of the audit.  This should concern every taxpayer in Shelby County as the scope in this audit has clearly been narrowed and ignores key matters of importance the taxpayers have a right to know.

“The County overspent their budget by a significant amount. We recommend the County budget for funds listed in the most recent audit.”

How special.  Not a word as to how much the county overspent from their contract with the people.  Nor does the audit contain a department breakdown as to how each office managed its budget, which is found in past audits of the county. Why was this not provided?  Why did the scope not include this?

“The County’s does not prepare a line-by-line budget for its General Fund and major Special Revenue Fund. As a result, no budgetary highlights are presented.”

While they claim no budgetary highlights are presented, we must admit we are having a hard time finding any budgetary information in this audit.

Other Audit Findings or Issues

“We generally discuss a variety of matters, including the application of accounting principles and auditing standards, with management each year prior to retention as the County’s Auditor.  However, these discussions occurred in the normal course of our professional relationship and our responses were not a condition of our retention.”

We can only wonder what brain trust thought it best for the auditor’s responses to findings or issues not to be included in the retention agreement.

Wow, what a surprise.  They confirmed the very thing the Treasurer has been saying for years. Missing department head signatures on Pay/Benefit Changes report, and timecards in the Sheriff’s Department not signed by the employee.  I guess spending $61,200.00 to validate what we all already knew makes sense in today’s world.

“We noted no transactions entered into by the County during the year for which there is a lack of authoritative guidance or consensus.”

We must ask, and hope a board member will ask as well, who provided the “authoritative guidance” for a legal bill from the private attorney to be paid out of a payroll-related line item of Holiday and Overtime?  While we understand the auditor agreed this transaction of $6,194.44 should not be in a payroll line item, the auditor has not made any notation in the audit about it nor is there any suggested journal entry to correct it.  That being said, how can they say they noted no transactions which lack authoritative guidance or consensus?

And one of the most amazing statements from the auditor that we are confident will get spun to imply something entirely different than what it says, item #32 in the Audit Committee Letter – “There are no violations or possible violations of budget ordinances, laws and regulations (including those pertaining to adopting, and amending budgets), provisions of contracts and grant agreements, tax or debt limits, and any related debt covenants whose effect should be considered for disclosure in the financial statements, or as a basis for recording a loss contingency or for reporting noncompliance.”

It is well documented and undisputable that the county has violated the budget laws.  In fact, the Chairman has confirmed such violations have taken place for years.  For those not experienced in the word games played in these types of reports, it’s important to understand, that the auditor did not say there were no violations of the budget laws and regulations and ordinances. They said there are no violations or possible violations whose effect should be considered for disclosure in the financial statements, or as a basis for recording a loss contingency, or for reporting.

How sad is it that an adult confirms a significant over-budget situation and then does nothing to disclose what that amount was, who is responsible for the overspending, and wraps it up in a bow $61,200.00 later and basically implies there is nothing to see here people, move along?

You can download the information provided to the county below.  We urge the county board to do a better job in the future in establishing a proper scope which includes informing the public on the spending of all county offices and the impact on the budget. 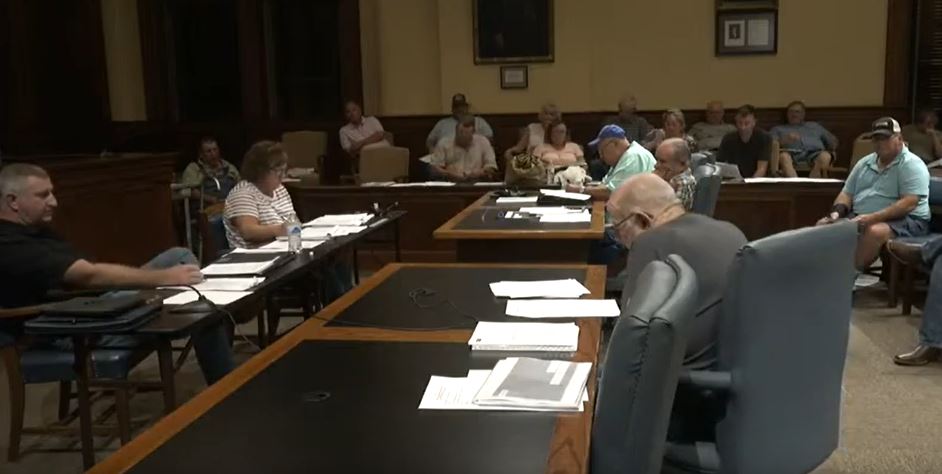