We covered the forensic auditor’s presentation and information in several articles found here, here, and here.  However, one statement that jumped out at us was regarding destroyed records.

“The records are part of your natural records retention policy, and many of these in relation to some of these periods have been destroyed. I’m not going to say rightfully or wrongfully, it’s not for me to judge that.”

We have had proof of a specific log-in log-out electronic record since February of 2020.   We have proof an employee of the Sheriff’s Office falsely asserted this record was destroyed.  The Auditor knew that was not true but was unable to use the one we obtained through FOIA because we are not the client.  He must use records obtained from his client and in this case, it’s clear, that at least one person wanted the auditor to believe this key record did not exist.  Why would an employee want actual radio log in log out records concealed from the forensic audit?

A simple comparison of the concealed record would expose people who were getting paid for time not worked.  It would also disclose people were routinely late for work and leaving early, yet getting paid as if they were there the full-time hours required.

The record in question was requested by another person ‘after’ the completion of the forensic audit and guess what, it was produced.

So the record clearly has existed both before and after the forensic audit however during the audit an employee appears to have lied to the auditor by claiming it had been destroyed.  While this employee has since retired, we know the Illinois State Police have this key information as it is part of the criminal investigation regarding the payroll fraud investigation.  Concealing a public record with the intent to defraud is covered in the Local Records Act.

We will continue to expose the truth regarding what the auditor referred to as the Shelby County Special. This exposure will include at least one person now running for office in Shelby County who had payroll issues of her own. Some of those issues were brought to the attention of the County Board in May of 2021 and by all indications, they were ignored. For those that will attempt to imply this is political since the person is running for office, they need to understand these concerns were raised long before the person gave any indication they were running for office and have been part of the criminal investigation since December of 2019.  Many of the records we have been sitting on for over two years will be included in upcoming exposure as to how bad things really are when it comes to the payroll games played in the Sheriff’s office under the former Sheriffs Koonce and McQueen.

A copy of the concealed record can be downloaded at this link or viewed below. 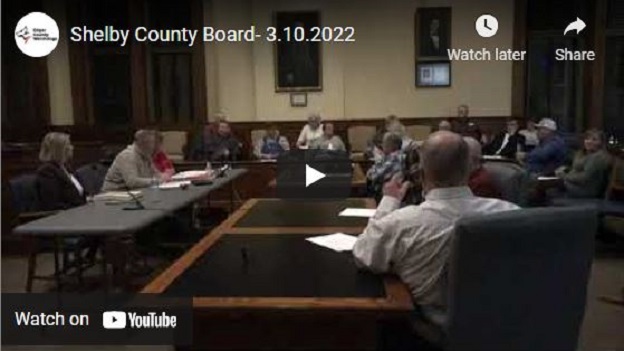