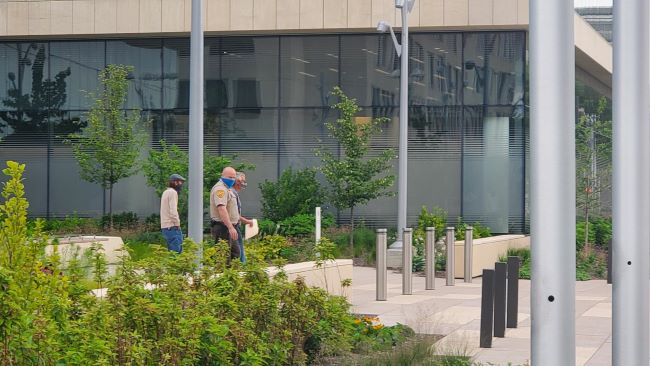 Local gadfly and former Wesley Township highway commissioner was graced with a stay to his jail sanction for two more weeks at yesterday's hearing.  As we covered in this article, Norton was ordered to produce certain records by 1:30 pm yesterday.   While he produced some records, he failed to produce all of those he was ordered to and then was caught in what appears to be perjury pertaining to a claimed Swiss bank account.

During the last hearing, Norton confirmed he had a Swiss bank account.     (See pages 40-44)

THE COURT: Do you have any other accounts with your name on it?

MR. NORTON: Not in the jurisdiction of the United States, no.

THE COURT: Okay. That wasn't my question. Do you have any other bank accounts with your name on it?

MR. NORTON: I can't pronounce the name of the bank.

THE COURT: That's okay. You can tell me anyway.

During yesterday's hearing, Norton failed to produce the Swiss bank records as ordered and when questioned by the judge he admitted to not having a Swiss bank account.  The judge did not take too kindly to what appears to be perjury by Norton.  We will publish the transcript once we get it but to summarize the event, the Judge informed Attorney Hanlon that he might want to file the appropriate motion pertaining to what appeared to be Norton's perjury during the last hearing.

Norton failed to produce certain insurance records along with the most recent vehicle registration and other banking records as ordered.  The Judge ordered his jail sanction stayed until August 16, 2021, at 1:30 pm, at which time he must produce certain records as ordered.  The Judge made a comment that Norton might want to bring a toothbrush to the next hearing.  From the look on his face, I "think" it sunk in that he knows the judge is not going to tolerate any more of his lies and misinformation.

Once we get the transcript from yesterday's hearing we will publish it.  We urge everyone to read it to see for themselves the level of evasiveness and lies Norton will go to in order to delay the inevitable, paying our attorney bill for the frivolous lawsuit he filed.  At some point, reality will sink in and he will realize he should get rid of his shovel as he is only digging his legal bill obligation deeper with each hearing.