We first exposed what we called a police coverup in Bloomington in this article. From that first exposure and after it was brought to the Mayor’s attention during public comment at a recent meeting, we had to publish several more articles to expose the misinformation being provided by the Mayor both during the meeting and to a local radio station covering our exposure on the matter.  Those can be viewed here and here.

Our reporting was accurate and even the local radio station devoted quite a bit of time covering it as can be found at this link.

As predicted, the Mayor went back for one more round of half-truths and deceptive statements on local radio.  (Select the March 6, 2020 podcast starting at the 45:48 mark)

Now that the Mayor has finished his attacks over our truthful reporting, let’s expose the “rest of the story” he seems to either have no knowledge of, or conveniently kept from the public during his radio interviews.  We are confident this will re-energize his efforts to go back on the radio with more half-truths and deception.

What the Mayor has insisted was nothing but a simple personal matter is the furthest thing from the truth. Considering a police officer wrongfully arrested a man for simply pointing his finger at the officer, as if his finger was a gun, and then added information to the original police report that was unsupported by any video evidence to bolster an additional charge against the person, I had some questions for the city.

I asked both the City Manager and the Police Chief to respond to my questions, and now, many months later, I can expose why we ran the first title we did. The response I got from the city communications manager fails to attribute ALL of then-Police Chief Donath’s comments to my questions.  Click here for a copy of my questions and the City’s response or view below.

Will either of you explain, for publication, why criminal charges were not pursued against Officer Squires for his actions uncovered in the internal investigation.

I was told, “The following response is attributable to Police Chief Dan Donath“.

“The internal investigation conducted by our department was started by our own processes identifying a situation that appeared to be suspect. Our concerns were similar to your own.
However, the investigation did not provide definitive proof rising to the level necessary to bring criminal charges.”

So the response tells the public that according to the Police Chief, their concerns of criminal violations by officer Curtis Squires were similar to mine.  Is that the whole story?  We were told numerous times from our sources the information being provided was not the whole story, so we kept digging.  We filed another Freedom of Information Request and sure enough, a very interesting document was provided telling a concerning story.

What were Chief Donath’s entire thoughts for a response to my questions?  As you can see below, the underlined portion was omitted from the response I received back in July of 2020.

The internal investigation conducted by our department was started by our own processes identifying a situation that appeared to be suspect. Our concerns were similar to your own. However, the investigation did not provide definitive proof rising to the level necessary to bring criminal charges. Former Officer Squires is afforded the same constitutional rights and thresholds to be met as any citizen. We informally consulted with the McLean County State’s Attorney on the amount of evidence we had obtained. Their opinion was the evidence was not sufficient to support criminal charges and a successful prosecution.

The response to my FOIA request provided the above communication and can be viewed at this link.

Concerns with this new discovery?

How many other people believed to have committed criminal acts get this kind of treatment?

When our inside sources tell us we are not getting the whole story and further requests for information support that fact, it has all the appearances of a coverup.  We fully understand why the city would not want the world to know one of their police officers arrested a man with no probable cause, but the fact remains the way the Mayor handled the public concerns was nothing short of shameful.

A criminal investigation should have been conducted by an outside agency and a formal report prepared and presented to the State’s Attorney to make a charging decision.  That was not the case in Bloomington under the failed leadership of Terry Renner.  No, we do not believe the entire Police Department is corrupt or dirty as Renner has attempted to insinuate as our position in his baseless attacks of our reporting.  Yes, we believe Renner’s resignation is in order as it is clear he either has no clue what the real story is on this matter or he is intentionally deceptive with the information he spews.

We are awaiting records from the State’s Attorney’s office but have little faith it will produce any actual investigation reports that are typically required prior to any charging decision to be made.

We would like to note our communications with the City Attorney Jeff Jurgens have been very open and transparent.  According to Jurgens, Officer Squires was not charged because the officer insisted that there was an attempted head butt by the person he arrested, and that being the case, the State’s Attorney would not charge the officer for filing a false police report or forgery, even though numerous camera views failed to show any evidence of an attempted head butt.  We note that the original police report had no mention of an attempted head butt.  It was only after Squires was questioned on the initial report that such an allegation was added by Squires.  The appearance was the allegation was made to support a battery charge.

If we obtain further records from our FOIA request to the State’s Attorney we will update accordingly.

We thank the whistleblowers who helped to make our reporting possible. 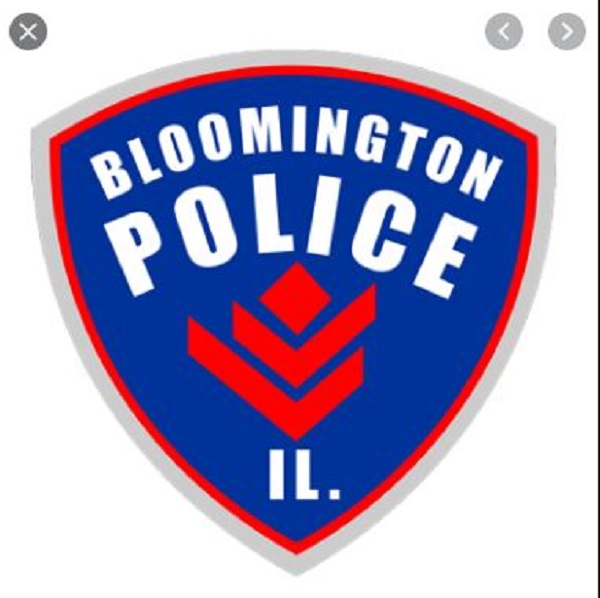