Bellmont Mayor in Court: Confesses to Perjury and That He Lied For Fun

We outlined Bellmont Mayor Gary Lance lying to the court in this article, which we never imagined could get worse for Mayor Lance.  Yesterday’s hearing on the Motion for Sanctions against Lance solidifies the need for a remake of Perry Mason in 2020, with Attorney Johnathon Turpin playing the role of Perry Mason.

Gary Lance, Bellmont Mayor, $10.50 a day goat farmer hired hand, and an admitted liar, did not appreciate being called a liar after Turpin managed to get him to once again confess, he lied to the court.  However, that was just the beginning of the potential Perry Mason series to be cast from Lance’s hearing yesterday.

Under oath in response to Turpin’s questions, Lance confessed the following:

As if all those admissions were not shocking enough, additional questioning from his own attorney made us wonder whose side she was actually on.

Lance’s Attorney, Cheryl Powell, managed to obtain confirmation of numerous facts that clearly hurt her client’s hope of not having to pay the attorney fees of the defendants.  In fact, I would say she acted more like a second chair for the defendants and solidified that her client will be on the hook for thousands of dollars in legal fees and costs from his own actions.

As if 2 plus hours of hearing Lance dig his hole deeper and deeper, the real story may well be about the attorney representing him.

During questions related to Lance’s finances and ability to pay any potential sanctions, he admitted that he paid his Attorney $1,800 to appear at the hearing.  Rather than simply letting that fact stand, the attorney chose to attempt to justify her rate through more questions.  In that questioning she had Lance confirm that she told him she is not a morning person and that being the case, her fee covers the need for a hotel room.   Now on the surface that may not seem like any big deal but when the facts are exposed it’s troubling.

Her office is in Mt. Vernon, Illinois, 64.9 miles from Mt. Carmel.  Her statement of not being a morning person appears to be true since she was late for a 10 am hearing.  So much for a hotel being the cure for her not being a morning person. While she made it clear what her personal morning issues were, she chose to question one of the defendants, a night shift Emergency Room nurse about when she could have gotten sleep to avoid having to take a vacation to attend the hearings.  The line of questioning was troubling, to say the least.

Powell disparaged a disabled person in response to one of the ARDC complaints against her not returning phone calls to the client, by stating that since the client was blind, she [Powell] didn’t communicate with her on the telephone:

“It was difficult enough to communicate with her in person, as she was argumentative and seemed to have difficulty comprehending what I was saying. She is blind, although she functions well with her disability. However, since she cannot see, I believe that it is difficult for her to comprehend what I tell her very well and I found myself having to repeat things over and over. As such, I did not want to have telephone calls with her and preferred to communicate with her in person.”

“Respondent Cheryl Ann Powell is suspended from the practice of law for one (1) year and until further order of Court, with the suspension stayed after sixty (60) days by a two (2) year period of probation subject to the following conditions which shall commence upon the effective date of the Court’s order:” Suspension effective June 11, 2019

Reading the ARDC documents linked above, here, and here, or below, it appears Lance and his attorney have some things in common, lack of honesty.

Attorney Turpin was given leave to file an Affidavit regarding his fees and costs he is seeking against Lance and we suspect the Courts are going to grant his motion. While not required, we would hope the Judges ruling to be issued no later than August 2020, includes an admonishment of the actions of the Mayor and educate everyone on the chilling effect such actions have on our society and why the Citizen Participation Act is, in fact, applicable, contrary to attorney Powell’s push to say otherwise. 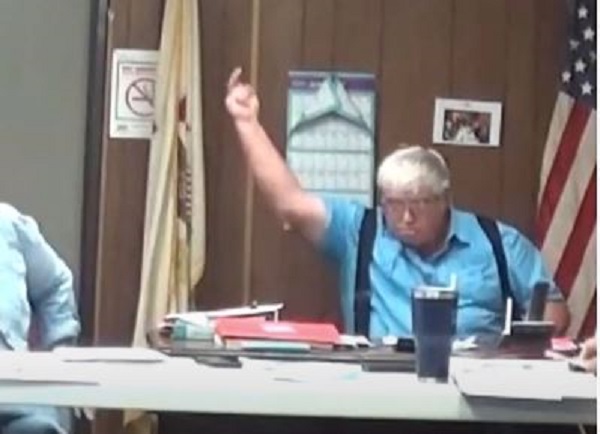