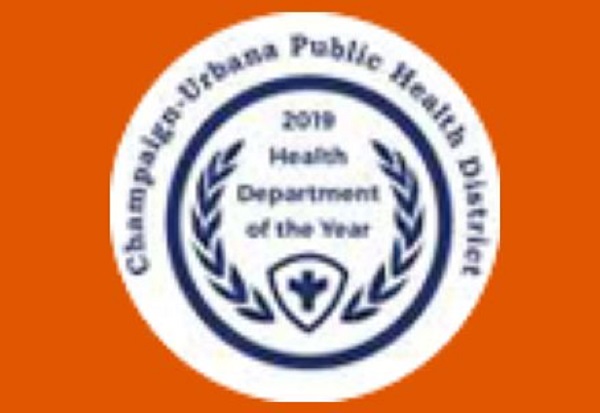 As we see the unraveling of the rule of law across the country, it is no surprise to us in light of the ongoing abuse of power and violations of law that take place on a regular basis in our local governments.

Almost 5 years ago we exposed the Champaign-Urbana Public Health Department for their purchase of a life-size Penis costume which they claimed was equipment to "prevent" HIV.  The truth of the matter is it was a prop used in the Gay Pride parade in Champaign. Public funds should have not been used for such a purpose.  (See article here)

The spending did not stop there.  Just months later we exposed numerous inappropriate expenditures of taxpayer money in this article.

The abuse of taxpayer funds and violations of law continues with the most recent Cease and Desist the Champaign-Urbana Public Health District issued to the Jesus House, Pastor Dustin Brown.

Julie Pryde, the Public Health Adminstor signed the Cease and Desist letter, however, we have found no such authority under the laws of this state to issue such a letter.

Your failure to comply with the Executive Order may result in one or all of the following:
(1) the rescission of licenses necessary to operate your business
(2) an order of closure issued by the state or local health department, or
(3) civil and/criminal liability pursuant to 20 ILCS 3305.
lt is imperative that you comply to protect the safety and health of your staff as well as your customers and the general public. We appreciate your compliance during this public health crisis.

The fact of the matter, the Public Health District has no authority to invoke a rescission of their license, issue an order of closure without proper due process which was ignored in this case, nor pursue civil or criminal liability under the circumstances.

The Cease and Desist was nothing more than a form of intimidation by a local government that failed miserably by not following the law, and then pointing to an Executive Order having NOTHING to do with what they claimed in the notice.

"March 20, 2020, Governor Pritzker issued an Executive Order (COVID 19 EXECUTIVE ORDER NO. 8) mandating that effective 5:00 p.m. on March 21, 2020, the State of Illinois is subject to Stay at Home, Social Distancing, and Essential Businesses and Operations limitations."

Executive Order No. 8 was signed March 17th, 2020, not March 20, 2020, and had nothing to do with the items claimed by the Public Health Administrator.

This is yet another example of how local government officials have failed to follow our laws, and exercised powers never given and even when exercising those powers improperly, failed to even point to the proper Executive Order.

Never mind the fact the Illinois Supreme Court has already made it clear Executive Orders are not laws and only apply to State Agencies.

We reached out to the Health Department to provide any statutory authority for them to issue this cease and desist and have received no response prior to publication.

This is just one of many examples of failures of our local governments and disregard for the rule of law.  The Champaign-Rubana Public Health Board should remove the Administrator for the pattern of behavior that ignores our laws.