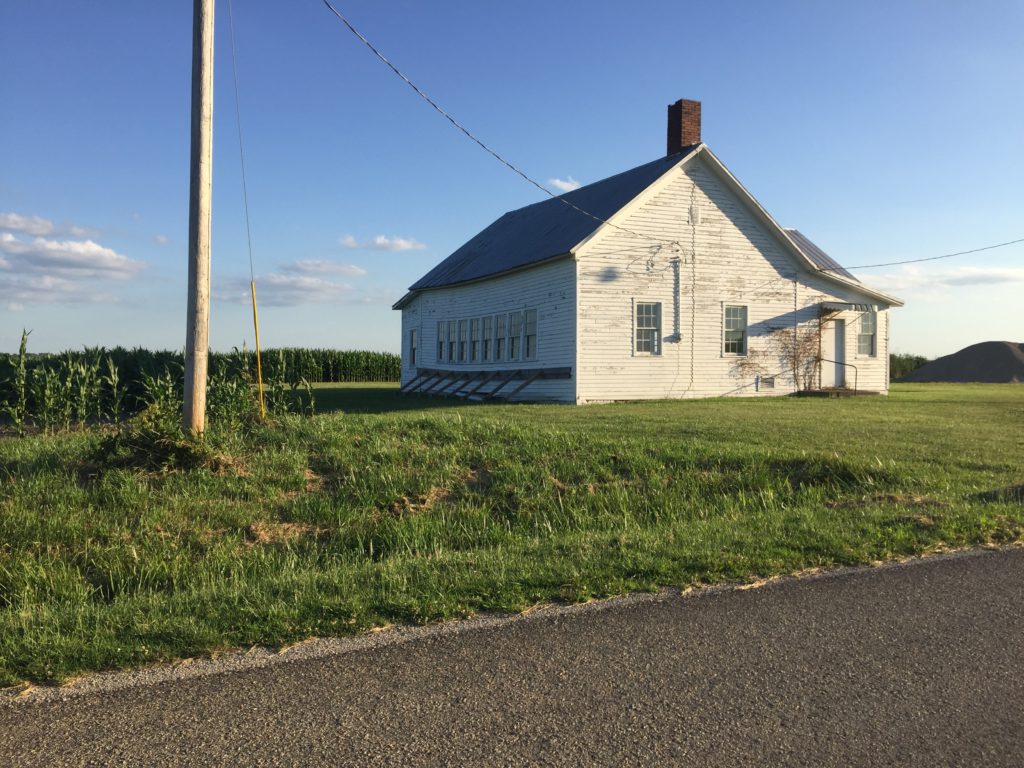 History up in flames. After months of sometimes heated debate about the future of Illinois' last known two-room wooden schoolhouse, the building is gone.

Some residents wanted to restore the building, or at least maintain its current condition, but Township officials apparently did not want to spend any funds for that purpose.

In this first photo taken in July 2017, you can see where a portion of the south wall/foundation was giving way due to age.

In November/December 2017, the Township voted to tear the building down and to sell the property.

WAND-TV's Doug Wolfe arrived at the scene of the fire as it was happening (here) and described what he saw, along with talking to a local resident who did not appreciate the fact that the township board decided to tear the building down. 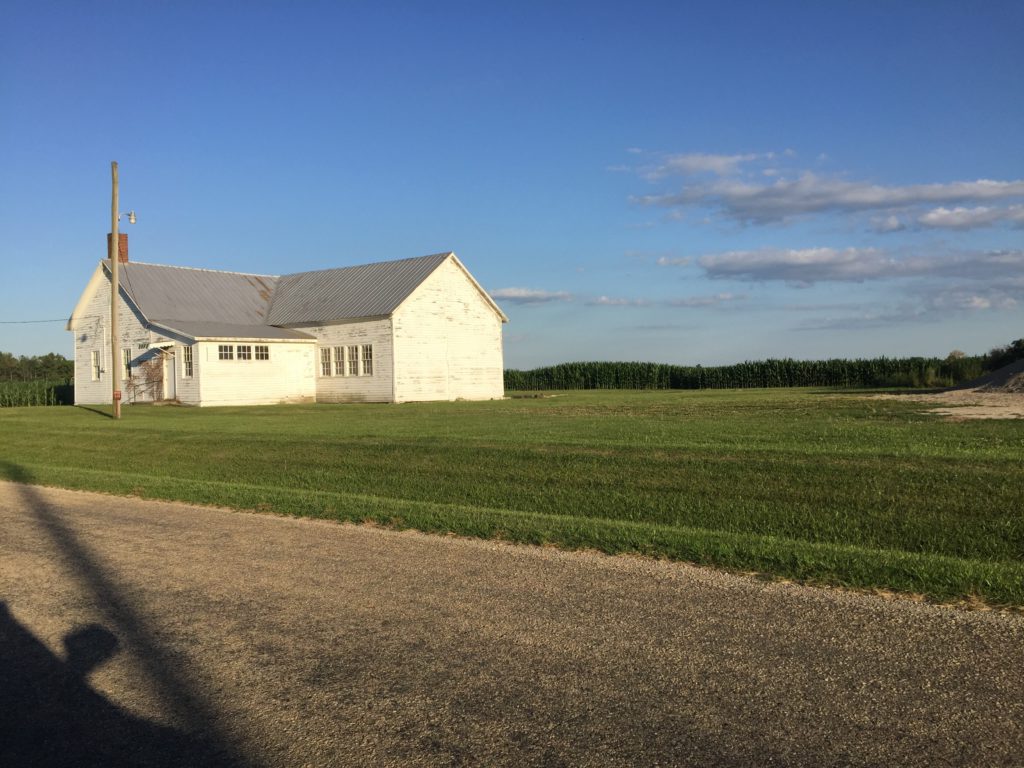 According to published reports, the township is claiming it was burning rubbish on the property, and that is what caused this other fire (after the building was taken down) - as you can see in this photo, the burn pile mentioned also contained old tires (here) and was never actually set on fire, which shoots holes in their excuse that it caused the fire of the schoolhouse remains.

The schoolhouse, formerly known as Bethel School was placed on the National Register of Historical Places in 2001, one of three site in Illinois to be placed on the registry that month (here). It was built around 1892 - source: Wikipedia (here).

Below, you can see user-submitted photos of the fire and Sunday-evening removal of items from the schoolhouse.

Watch a user-submitted video of the fire before the fire department showed up (here) and after they arrived (here).

A complaint was filed with the Illinois EPA for the uncontrolled burn and for burning without permit.