Former Candidate for State Representative of the 102nd District in Illinois, Randall "Randy" Peterson, 38, was arrested in Marion County Indiana on January 15, 2017.

Peterson is also the former Edgar County Republican Party Chairman, former President of the Paris Area Chamber of Commerce Board (but apparently still on the board)  and is currently a Republican Precinct Committeeman in Edgar County.

The incident took place at the Crowne Plaza Hotel in Indianapolis, Indiana.

He was booked into the Marion County Jail on January 15, 2017, and Released the following day after posting Bond.

He is currently charged with two Counts: 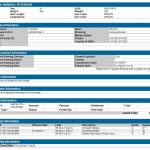 Both are Class A Misdemeanors, and in Indiana carry a maximum penalty of a $5,000 fine and one year in jail for each Count.

The Order of Protection was expired/canceled on February 3, 2017.

He was also highlighted in last week's Disclosure News Magazine which is still on the stands, or you can subscribe to the online version for more detailed information (here).

His troubles with the law include that he was arrested in Vermillion County Indiana on March 5, 2017, for allegations of DWI with a BAC of .208 - if found guilty, this will be his third DUI.

He was previously arrested and plead guilty in 2003 for DUI with a .162 BAC in Paris, Illinois - and arrested in 2006 and plead guilty to DUI in Vermillion County, Indiana. So a finding or plea of guilt in this most recent DWI arrest would make it number three.

Further examination reveals he plead guilty to Disorderly Conduct in 2010 in Edgar County but was still endorsed by Adam Brown and several local Parisians who probably regret that decision about now.