College of DuPage – Did Trustee Wozniak provide evidence of intent?

On, December 30th, 2015 we shared the filing of a criminal complaint against College of DuPage (COD) Trustees McGuire, Birt and Wozniak alleging criminal Official Misconduct and Intimidation as defined in the criminal code.  That article can be read at this link.

Wozniak was recently interviewed by The Courier  on matters at COD.  During that interview, they may have obtained evidence of intent that may be detrimental to Wozniak if he were ever questioned by the authorities, which we suspect will never happen.

Q: What was the reasoning behind you, McGuire and Birt not going to meetings after Kathy Hamilton resigned?

A:  I guess mostly to send a message to the board. There was basically a 3-3 split board back then. The Clean Slate versus us. I talked to Lazaro Lopez when he was first making the appointment for our board. He actually called me before he ultimately made the decision. He told me that he was going to pick somebody from our list of people who submitted resumes into our board. He never did that. This David Olsen was not one of the people who stated any kind of interest to be on our board.  Our main reason for not going to meetings was because we didn’t like how things were happening back then.

So Wozniak has admitted that the main reason for not going to meetings was because "we", as in Trustee Birt, McGuire, and himself, didn't like how things were happening back then.  Now we understand Wozniak can not speak for the other two trustees, but clearly he is speaking for himself.  His goal, as stated, was to send a message to the board.  Sadly the Courier failed to ask what message that would be.

One of the alleged criminal complaints  was that those three trustees committed Oficial Misconduct, specifcally 720 ILCS 5/33-3(a)(1) of the statute.

(1) Intentionally or recklessly fails to perform any mandatory duty as required by law;

Wozniak's response to the question appears to clearly point to his intent, which was to intentionally not perform his mandatory duty as required by law. Note that the law does not list exeptions (didn’t like how things were happening) for not performing their duty.

Comparing his response to the language in the statute most would wonder what is taking so long for the criminal complaint to be finished and criminal charges brought.   He has admitted to intentionally failing to perform his mandatory duty as required by law, not once but upwards of seven different times.

Of the legal minds we have spoken with, all agree his words are problematic and point to his intent.  Now the question is what does it take for public officials to be charged with the very statute that was created for them when they violate the public trust?

Will you prosecute this COD public official? 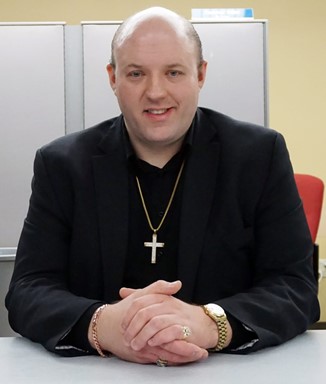