U46 – "ain't nobody got time for all of that". UPDATED with correction

UPDATE: We have now confirmed with ARDC that Ms. Ellis was licensed to practice May 7, 1992.

Traci Ellis, Assistant Director, Affirmative Action and Equity Compliance-Northern Illinois University (NIU), U46 Board member, and attorney-,  (See update above) considers violation of law a matter of which “ain’t nobody got time for all of that”

She took to her Facebook page to address events that took place during the U46 School Board meeting on Monday the 19th, 2015. We covered that issue briefly in this article. She prefaced her comment by stating, “I have no incentive to do less and certainly don’t want to be distracted from the work at hand by spending time on the possibility of technical violations of the OMA”“ain’t nobody got time for all of that”

A rather interesting position to take for a person claiming to be an attorney.  One simple review of the Open Meetings Act points to the fact there is no such thing as a technical violation.  You either broke the law or you did not.

In light of the face feeding that took place at the last school board meeting I find it ironic Ms. Ellis would have no problem spending money on meals in light of her comment to the Daily Herald citing her #2 Key issue for running for School Board in 2011.

“Courageous fiscal management in the midst of a budget crisis and a broken education funding policy.”

Is feeding your face, with no statutory authority, twice a month on the backs of the taxpayer courageous fiscal management?

As our readers know, more often than not public officials push back when exposed and create straw man arguments in an effort to minimize their wrong and cast negativity on the messenger.
Ms. Ellis appears to be well versed in that tactic, however as our readers also know, we know how to dissect the truth and expose misrepresentations. Time to dissect Ms. Ellis’s Facebook statements.

Another false narrative. We did not have concerns with the content of the agenda. We had concerns with the fact the agenda was not posted and when asked if they had an agenda for the 5:15 meeting the self-proclaimed adults refused to produce one. We asked to speak at a meeting open to the public. A meeting in which we tried to speak to the President of the board and each response came from the Attorney. Sitting in executive session prior to calling the meeting to order and voting to go into executive session may be the way you have always done things however if we are going to talk about operating in good faith, does it not make sense to follow the law?

We drove 4 hours to attend the meeting and had no way of knowing the board was going to violate the law. We tried to address it and were basically ignored. I find it very odd that an attorney would imply that OMA violations have a size or technicality. Each mandated section of OMA carries the same weight under the law. None are smaller than another and other than the word technical used ONE time in the act relating to reviewing closed session minutes, all violations of the act constitute a crime with the exceptions of subsection (b), (c), (d), (e), or (f), which none applied to Monday nights meetings.

Failed to address our concerns or “refused” to address them?  Filing a formal complaint with the proper authorities? We witnessed a crime and did exactly what she said we should have done. Clearly she just doesn’t like the particular authority that we contacted.  For an attorney I can only assume she is not familiar with a citizen’s arrest statute that states, “Any person may arrest another when he has reasonable grounds to believe that an offense other than an ordinance violation is being committed.” (See 725 5/107-3)
What she fails to understand is you cant claim the 5:15 meeting and the 7:00pm meeting is all one meeting as the ONLY agenda posted on the building was for a 7 pm meeting, which means starting it almost 2 hours early is a violation of the Open Meetings act, as is not posting the other meetings at the location.

Once again the term “adults” and “good faith” are bantered about with complete disregard or disclosure to her readers that we asked for the agenda and were denied. We asked to speak at the meeting they called to order and were denied. Compliance with OMA is not optional and most adults operating in good faith would have allowed us our overwhelming 3 minutes to speak.

As a member of the public, we were blind-sided to find this board in executive session feeding their faces at a time when the meeting was supposed to be called to order. We were also blind-sided that when we asked, politely, for a copy of the agenda for the 5:15 meeting we were denied a copy. When I asked the attorney for a card, multiple times he refused until after the police were present. When a member of the public asks for an agenda, which by law is supposed to be available and is refused, most would consider that not only rude but illegal.
Had a single member of the board been even remotely willing to talk through the problems raised the matter could have been resolved. Instead, arrogance and refusal to speak was the path they took and they simply let their attorney dig their hole deeper.

Had we been dealing with rational, mature adults, a discussion could have taken place that would have resolved the issue but instead each and every board member, except one, refused to engage in an adult conversation and instead ignored the facts in front of them.

I wonder if this attorney understands a citizens civil rights under the First Amendment?  Refusing people the right to speak is not exactly a minor technicality when it comes to Federal Civil Rights Ms. Ellis. 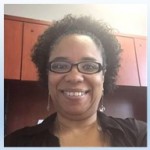