Video – 14 Year Old Boy Shot Twice In The Back And Killed By Chicago PD – City Settles Lawsuit for $1.2 Million Dollars

Never before publicly disclosed video we obtained after filing a Freedom of Information Act lawsuit against the Chicago Police Department shows the killing of 14-year-old Pedro Rios Jr. by Chicago Police officer Nicholas Redelsperger who shot him in the back as the boy was running away from police.  As if shooting him in the back twice as he ran away is not enough, a final kick to the head was delivered.  Rios died at the scene. Officer Redelsperger is still a Police Officer with the City of Chicago according to the Illinois Law Enforcement Standards Training Board’s current database.  He has been a Chicago PD Officer since July of 1998.

Upon receipt of the video production from the city, we sent them to Garrett Discovery who enhanced the footage and connected the key videos of the incident which can be seen below.  The full production of 9 video clips can be viewed at this link.

The Judge points out that the Officer’s Testimony is inconsistent with video and expert witnesses. The court’s opinion from a Summary Judgement hearing is an amazing read and should concern anyone interested in justice.

“According to Officer Redelsperger, he saw Rios’s body start to turn to the right while raising the gun in the direction of Redelsperger. (Id. ¶ 46.) Fearing that Rios would fire, Redelsperger fired a shot at him. Rios continued to run away, turning north into the alley. Redelsperger continued to pursue him, and when he reached the southeast corner of the Alert Protective Services building, he testified, he saw Rios turn to his left and point the gun at him again. (Defs.’ LR 56.1 Resp. ¶ 25, ECF No. 142.) As he stood near the corner of the building, Redelsperger fired two more shots at Rios. (Id. ; see Pl.’s LR 56.1 Resp. ¶ 56.) Following the shots, Rios fell, losing the handgun, rolled, and ran northward into the alley.”

“Plaintiff’s expert, Dr. Simms, opines that Officer Redelsperger’s description of the chase and of how he fired when Rios turned his body toward Redelsperger is inconsistent with the wound paths. (Defs.’ LR 56.1 Resp. ¶¶ 41-43.) In particular, according to Dr. Simms, the first shot seems to have occurred while Rios was upright and running squarely away from Redelsperger, and the second occurred while Rios was falling or had fallen, with his body essentially horizontal; the wound paths could not have occurred, Dr. Simms opines, while Rios was upright and turned either to the left or right. (Id.)”

“Redelsperger has testified that he only shot Rios after Rios put him in fear for his life by pointing the revolver toward him, which justified the shooting. According to defendants, plaintiff has no evidence to the
contrary “

“the Court does not agree that plaintiff has produced no such evidence here.”

“The security video and the wound path evidence, taken together, amount to circumstantial evidence on which a reasonable factfinder could rely to reject Redelsperger’s account of the incident and conclude that he acted unreasonably.”

“A reasonable juror could conclude that, even if the footage does appear to show Rios clutching at his body and
perhaps concealing something in his waistband as he starts to run, it also appears to show him run squarely away from Redelsperger, pumping both arms in a normal and natural gait, without turning toward Redelsperger and without *1027 drawing the weapon at any point until he passes under Camera 8 and into the blind spot.” (emphasis added)

“At no point does it appear so clearly that no reasonable juror could conclude otherwise that Rios was drawing a weapon or holding one in his hand in a way that would allow Redelsperger to identify it as a weapon from behind, as he said he did.”

“…defendants admit tends to show that the first shot hit Rios while he was upright and squarely running away from Redelsperger, not turned toward him to point his revolver at him. Further, the second shot appears to have entered the right lower back and lodged in the upper left lobe of Rios’s lung, which, a juror”

The judge ruled on certain motions before him and directed the following on the case.

“For the foregoing reasons, the Court grants in part and denies in part defendants’ motion for summary judgment [120]. The motion is granted as to the failure to intervene claim against Officer Bellomy, which is dismissed; the motion is otherwise denied. The parties are directed to exhaust settlement prospects and to meet and confer regarding a schedule for next steps. The parties shall submit a joint status report by April 1, 2021. The Court sets a status hearing for April 6”

It would appear the Chicago PD saw the writing on the wall and took the judge’s advice to exhaust settlement prospects.  The City of Chicago and Officer Redelsperger settled the case out of court on 11/09/2021. Settlement can be downloaded at this link or viewed below.

This incident happened on July 4, 2014, and a settlement reached with the City of Chicago in November of 2021. 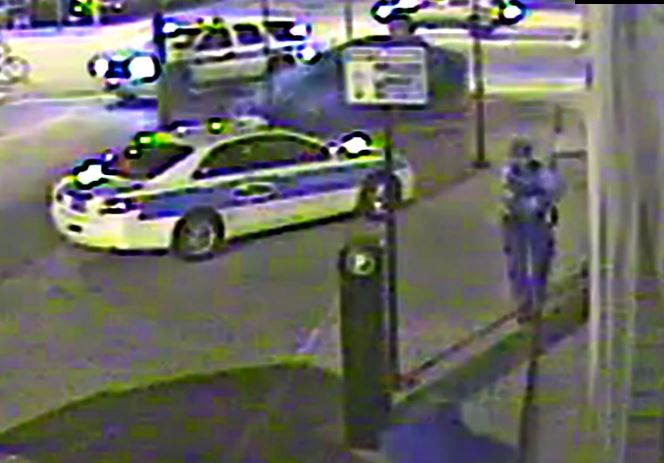