On Wednesday, DuPage County Circuit Judge Guerin granted our Motion for Leave to Intervene in the DUI case # 22-CF-259 of Dana Davenport in which she plead Guilty to DUI.

Our intervention motion is simply to unseal (ask the court to reverse its previous order to seal) the arrest records, camera footage and other records of the court so the public can exercise their right to review these records prior to them being destroyed.

Dana Davenport is an attorney, local media figure with a television show in Naperville Community Television and was a Commissioner of the Naperville Liquor Commission at the time of her DUI arrest (she even posted a photo of her badge on social media).

Davenport was arrested for DUI, obstructing justice, and traffic offenses in February of this year. In March, the court sealed all the records citing its concern for a fair and unbiased trial. In October, Davenport plead guilty to the DUI and the other charges were not prosecuted.

A reader tipped us off to the DUI and records sealing, and we also found out after FOIA requests to the Naperville Police Department, the DuPage County Sheriff, and the DuPage County State’s Attorney were denied because the records were sealed. We waited until the trial was over (or until she plead guilty) to intervene to obtain copies of the arrest and accompanying records.

After the guilty plea, the Court kept the sealing order and ordered the destruction of all case records after 45 days. That would have expired next week. We filed for intervention, and it took several days for the Circuit Clerk’s office to actually accept the filing.

During Wednesday’s Hearing, Davenport was represented by Attorney Terry Ekl who simply asked to see a copy of our FOIA request, the State’s Attorney’s office stated there was no longer a need to keep the records sealed, and Brendan Healey presented our motion for leave to file.

Davenport was given until December 15 at 9:00 a.m. to respond and appear at that time for scheduling a Hearing on our Motion. 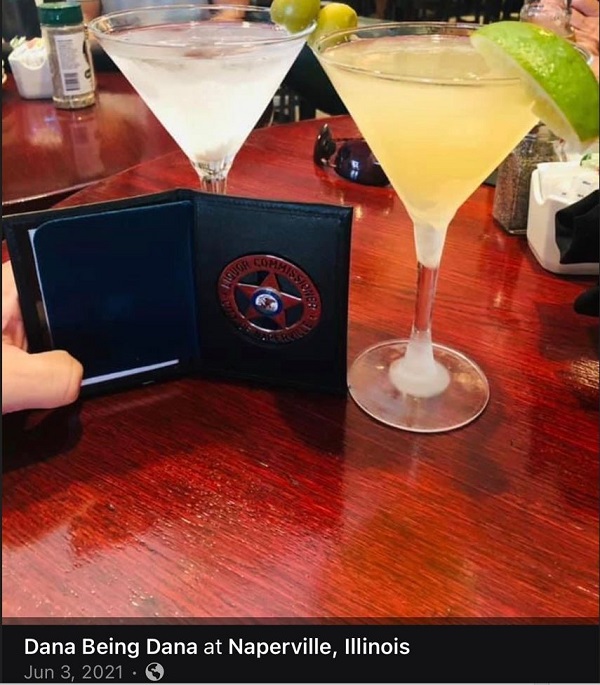