While the country is getting hit hard with higher energy prices and casting blame far and wide, the US Supreme Court issued a blow to the EPA in today’s ruling. While a lengthy read, there is a lot of key information contained in the opinion pointing to how the EPA has been regulating energy matters, more along the lines of political agendas, rather than by legislative direction.

Capping carbon dioxide emissions at a level that will force a nationwide transition away from the use of coal to generate electricity may be a sensible “solution to the crisis of the day.” New York v. United States, 505 U. S. 144, 187 (1992). But it is not plausible that Congress gave EPA the authority to adopt on its own such a regulatory scheme in Section 111(d). A decision of such magnitude and consequence rests with Congress itself, or an agency acting pursuant to a clear delegation from that representative body. The judgment of the Court of Appeals for the District of Columbia Circuit is reversed, and the cases are remanded for further proceedings consistent with this opinion.

What should be of great interest to those who truly understand what it means to live under a constitutional republic form of government, I venture to say Justice Gorsuch’s words are historic!

“When Congress seems slow to solve problems, it may be only natural that those in the Executive Branch might seek to take matters into their own hands. But the Constitution does not authorize agencies to use pen-and-phone regulations as substitutes for laws passed by the people’s representatives. In our Republic, “[i]t is the peculiar province of the legislature to prescribe general rules for the government of society.” Fletcher v. Peck, 6 Cranch 87, 136 (1810). Because today’s decision helps safeguard that foundational constitutional promise, I am pleased to concur.” (Justice GORSUCH)

Justices Kagan, Breyer, and Sotomayor were the dissenting votes.

With the focus of our work based on facts and having actual evidence to support those facts, some of the writing from the three dissenting Justices should trouble those willing to be intellectually honest.

Note the numerous speculative words in bold used in their descent.

“If the current rate of emissions continues, children born this year could live to see parts of the Eastern seaboard swallowed by the ocean. See Brief for Climate Scientists as Amici Curiae 6. Rising waters, scorching heat, and other severe weather conditions could force “mass migration events[,] political crises, civil unrest,” and “even state failure.” Dept. of Defense, Climate Risk Analysis 8 (2021). And by the end of this century, climate change could be the cause of “4.6 million excess yearly deaths.” See R. Bressler, The MortalityCost of Carbon, 12 Nature Communications 4467, p. 5(2021).“

Those speculations were the opinions of others that unfortunately are very similar to the claims made just a few years ago by former Vice President Al Gore who predicted our shores and costal cities will sink due to global warming, which included melting ice causing water to rise 20-foot “in the near future.”

We are of the opinion, that such “speculation” should not be coming from our Justices.

A copy of the opinion can be downloaded at this link or viewed below. 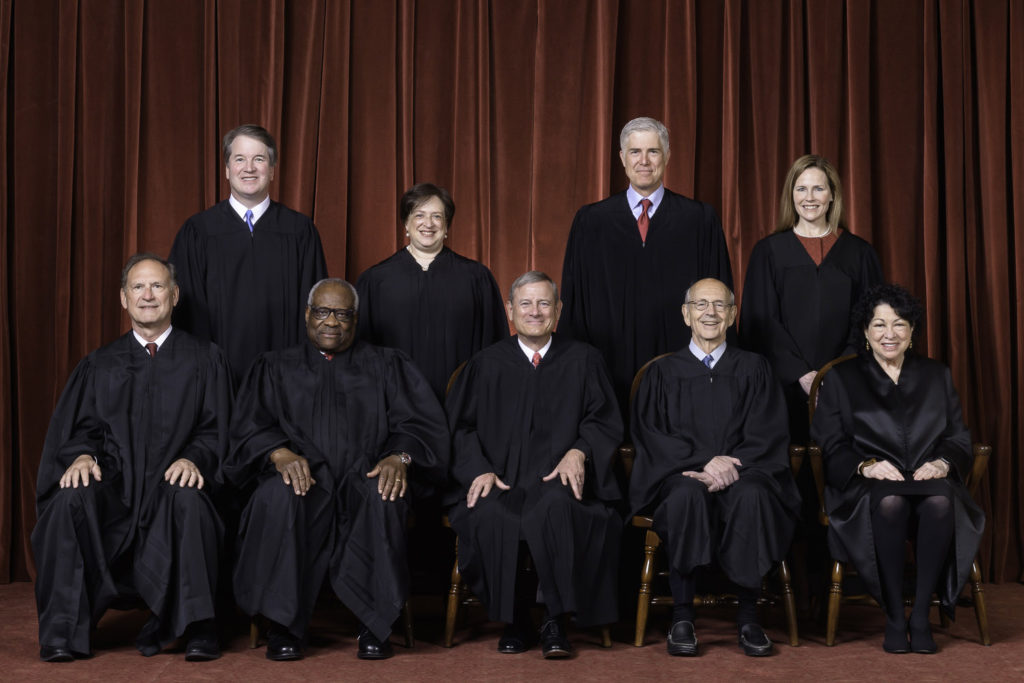