According to the case report, Contreras was arrested, booked, and transported to the WCADF for the following charges:

Contreras allegedly drove without any lights illuminated, crossed the marked divider of a left turn lane with front and rear tires, made a wide turn, crossed double yellow marked lane lines with the center of the vehicle, and struck and drove up the curb with his front passenger tire when pulled over.

Contreras had a previous DUI in Indiana, slurred speech, no insurance card, and a strong odor of alcohol on his breath.

Lt. Prochaska approved Felony charges of Aggravated DUI and Driving While License Revoked, and Contreras was booked and his vehicle towed and impounded.

Will County Court records indicate a Holiday Video Court was called and Contreras plead not guilty and was released on $25,000 Bail (10% applied), ordered to maintain absolute sobriety and to submit to portable breath testing at the Court’s request. It also indicates three Class 4 Felony Counts were filed against him, along with several traffic citations.

***Please remember that all defendants are presumed innocent unless and until found guilty in a court of law. 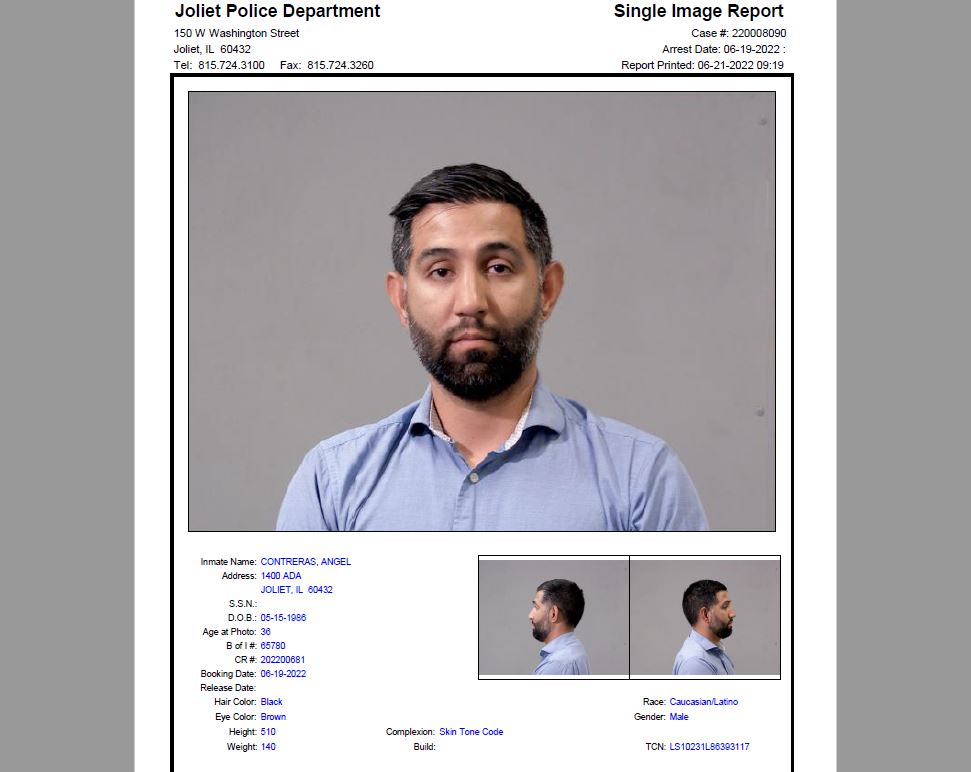