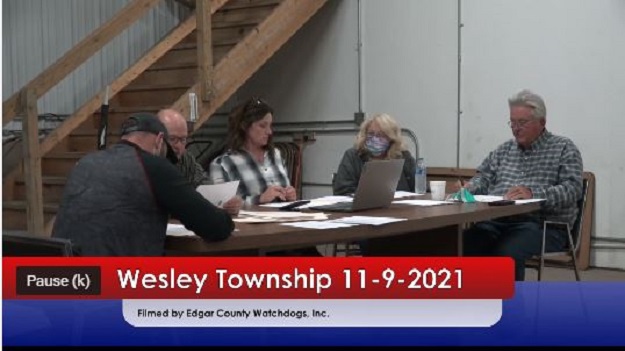 Below is the complete video of last night's Wesley Township meeting.

During Supervisor Medlin's comments about the ongoing FOIA lawsuit, he mentioned that Cindy and Tim (Plaintiff's), could have dropped this lawsuit, and basically, it is their fault it is still ongoing. He failed to mention the township could have simply produced the records and avoided the lawsuit, as well as settled the lawsuit long ago.

I mentioned the township could have settled long ago, for attorney fees, but when asked to settle, the township's response was a settlement of $20k paid over a 20-year period - which in my opinion was ridiculous.

Around the same time, the township filed a counterclaim, asking for a $50k judgment against Cindy, and a third-party claim - later saying they would settle if Cindy paid them $30k - which, in my opinion, was even more ridiculous than their first settlement offer. We viewed this as nothing more than the township's attempt at intimidating Plaintiff into dropping the lawsuit.

In discovery referencing their counterclaims, the supervisor admitted that the town board never approved filing the counterclaims, never met to discuss them, and never saw the counterclaim motion before it was filed. The counterclaim alleges 50 FOIA requests were submitted in one weekend - but later court testimony has proven that to be false (township could not produce them). It also claims Cindy submitted FOIA requests in other people's names - and, again, have been proven false. There was also a claim for intentional infliction of emotional stress - which is also not accurate.

Incidentally, when we filed a FOIA lawsuit against the township, they immediately produced the records and settled the lawsuit for payment of our attorney fees (what any prudent public body would do when faced with a FOIA lawsuit). The records the township claimed they did not have in my FOIA request became a different story when those same people testified under oath in this lawsuit, so we sued for the records.

Additionally, current Township Trustee Leonard McCubbin also sued the township under FOIA when they denied his request for a copy of the video stating the township did not possess a copy, only to have the same video show up in a failed court case and summited as evidence by the father of the former township clerk. The McCubbin FOIA case was settled for payment of his attorney fees contemporaneously with his appointment to the Board of Trustees.

The bottom line in this, is that the township failed miserably, and in our opinion, intentionally when they failed and refuse to provide responses to FOIA requests. Now, with a basically new township board and clerk, they continue down the same path their predecessors laid out for them.

We are confident the Court will eventually render an appropriate opinion on this case, and unfortunately, the taxpayers of the township will pay the cost of the actions and inactions of their public officials.