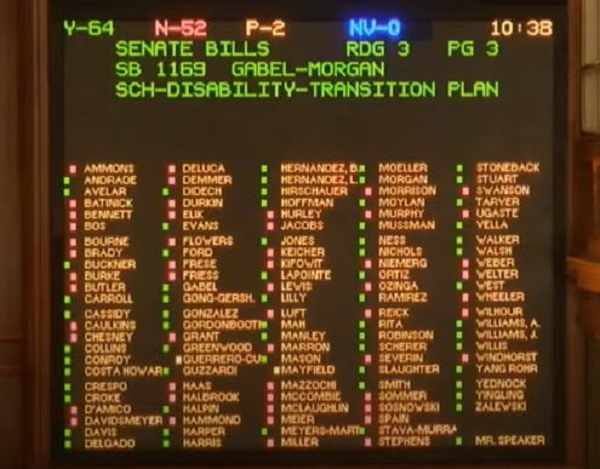 There was over an hour of House Floor debate last night on House Amendment 3 to Senate Bill 1169.

Debate video is below.

Two critical changes, from HA2 to HA3, were:

Another issue with this Amendment is the repeated claim by the sponsor that it is merely to clarify the legislative intent of the HCRCA - and there are several Courts who have explicitly stated the legislative intent is clear, and that it applies to all people, not just those in the healthcare field. We pointed to some of those cases in a previous article (here).

As for Rep Mazzochi's opinion on ascertaining legislative intent, we agree. When court cases we have read delve into legislative intent, it looks at amendments and floor debates - which includes changes to amendments prior to getting to the final vote. In this case, HA2 included language to permit termination of employees and the withholding of access and services, while HA3 eliminated that language, which should tell the Courts that the "legislative intent" is to NOT permit terminations and withholding services, for if it was the intent, the legislature would have left that language in the Amendment.

What the legislature did last night was to carve out a single disease, COVID-19, as the only disease which the citizens would no longer have any remedy under the Illinois Health Care Right of Conscience Act. Considering the Governor's people kept referring to this as a right of "consciousness" rather than a right of "conscience", tells me they have no clue those terms do not mean the same thing. (Websters Dictionary -Consciousness vs conscience")

If you want to know the real reason this amendment was pushed, review the second video below of Ashely Wright, Chief of Legislative Affairs for the Attorney Generals' office.  Not only does she not cite the proper name of the law, but it's also clear this is about them losing in the courts against people who have exercised their rights under the law.  There is no "Right of Consciousness Act" as she repeatedly calls it.  The name of the law is the "Health Care Right of Conscience Act.".  Her primary focus was not on people's rights but rather on the court cases they are losing.  Once again we see our government taking steps to strip people's rights when they stand up against what many consider tyranny.  The fact her claim of failure to pass this amendment will lead to serious ramifications is nothing but a red herring because this amendment, if passed into law and signed by the Governor, does not become effective until June of 2022.  Which makes the claims of its urgency patently false.

Break the law, change the law, this Illinois way.