Taylor, Jakes and Brown were also taken into custody by the Naperville Police Department that same day on arrest warrants of $100,000 with 10% to apply. Jakes and Brown posted the necessary 10%, or $10,000, and were released the same day. Taylor posted bond on September 28, 2021, and was released from custody.

All defendants other than Haynes have been charged with Continuing Financial Crimes Enterprise and Identity Theft.

Additionally, Taylor and Jakes have been charged with Mail Fraud and Wire Fraud. All bonds were set in accordance with previously issued arrest warrants. Outstanding $100,000 with 10% to apply arrest warrants are in effect for Tucker, Britton and May. Judge O’Connell also granted the State’s motion for a source of funds hearing for Taylor at which the defendant must prove that any funds used for bond were not illegally obtained. Defendants Taylor and Jakes were active postal carriers at the time of the alleged scheme.

It is alleged that as part of a scheme to launder illicit gift cards by redeeming them for United States currency, postal carriers Taylor and Jakes, who deliver mail throughout Naperville, stole credit/debit cards from the mail and gave them to Haynes. It is alleged that Haynes and other defendants would then activate the stolen credit/debit cards and use them to purchase Visa/MasterCard gift cards from various stores, including Home Depot, Walmart, and Sam’s Club. It is further alleged that Haynes and other defendants would then take the gift cards to currency exchanges in Chicago and Oak Park, where they would then redeem them for United States currency.

“The charges against these seven individuals are the direct result of local and federal agencies working together for the common good,” Berlin said. “The allegations that these seven individuals, two of whom were employees of the federal government, stole victims’ identities in an attempt to line their own pockets at the expense of others are very disturbing. I want to stress however, that the alleged involvement of two active postal carriers is in no way indicative of the outstanding men and women of the U.S. Postal Service who perform their duties with pride and professionalism on a daily basis to ensure the smooth operations of the postal service on which we all rely. I thank the U.S. Postal Service Office of Inspector General as well as the Naperville Police Department for uncovering this alleged scheme and bringing it to our attention for prosecution. I also thank Assistant State’s Attorney Steven Lupa for his work in unraveling this elaborate scheme.”

“This was outstanding work by our investigations personnel, and I want to thank them all for their commitment to solving this long-term case and seeking justice for the victims,” said Interim Police Chief Jason Arres. “Complex investigations like this aren’t possible without interagency cooperation, so I’d also like to thank the U.S. Postal Inspection Service and the DuPage County State’s Attorney’s Office for their involvement.”

Special Agent-in-Charge Andre Martin, Great Lakes Area Field Office, U.S. Postal Service Office of Inspector General said, “These arrests represent our commitment to work with our law enforcement partners to maintain the integrity and trust in the U.S. Mail. The majority of postal employees are hard-working public servants dedicated to moving mail to its proper destination. Unfortunately, those arrested decided to betray the public’s trust and steal mail from postal customers. The USPS OIG, along with the law enforcement community, remain committed to safeguarding the integrity of the U.S. Mail and ensuring the accountability and integrity of U.S. Postal Service employees.”

All defendants’ cases will be in front of Judge O’Connell.

Members of the public are reminded that this complaint contains only charges and is not proof of the defendants’ guilt. The defendants are presumed innocent and are entitled to a fair trial in which it is the government’s burden to prove their guilt beyond a reasonable doubt.

About Naperville: Located 28 miles west of Chicago, Naperville, Ill., is home to approximately 145,000 people. This vibrant, thriving city consistently ranks as a top community in the nation in which to live, raise children and retire. The city is home to acclaimed public and parochial schools, the best public library system in the country, an array of healthcare options and an exceptionally low crime rate. Naperville has ready access to a variety of public transportation, housing and employment options. The city’s diversified employer base features high technology firms, retailers and factories, as well as small and home-based businesses. Residents also enjoy world-class parks, diverse worship options, the opportunity to serve on several City boards and commissions, a thriving downtown shopping and dining area, a renowned outdoor history museum known as Naper Settlement and an active civic community. For more information, please visit our website at www.naperville.il.us. 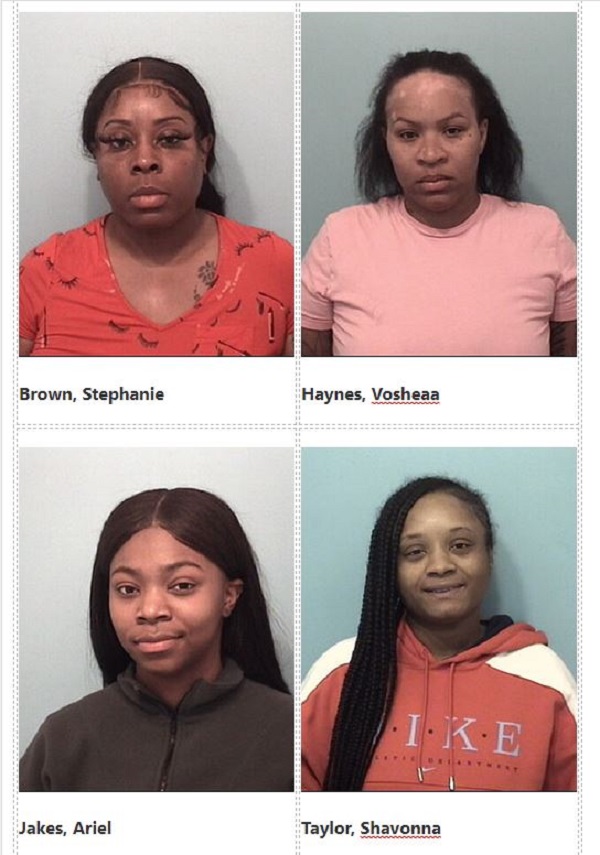