For years we have encouraged public officials to enforce the rule of law.  So what does the average citizen do when the actions of their public officials lead to violations of law and expense to the taxpayers state-wide?

Shelby County State’s Attorney Nichole Kronke pursued getting a legal opinion from the Illinois State’s Attorney’s Appellate Prosecutor’s Office (“ILSAAP”) regarding the lease of farm ground in Shelby County.  That action has led us to obtain evidence that resulted in violations of law, lies, and an opinion that is void of the most important element required when a county leases farm ground.

Kroncke provided a written opinion letter to the County Board that has particular language that should have jumped out at her.  Rather than first determining the legality of what took place, she blindly assumed a position that falls well short of any statutory authority.

“The Illinois Appellate Prosecutor’s Office contracts with the law firm of Giffin Winning Cohen & Bodewes, P.C. Because Shelby County contracts with the Appellate Prosecutor’s Office, the firm’s services are available to the Shelby County State’s Attorney’s Office. The firm specializes in municipal and local government law as well as civil litigation. The firm has provided a written opinion to Shelby County, free of cost, regarding tax liability.”

Does the ILSAAP have the power to contract with a private law firm to give legal opinion to a County State’s Attorney?

725 ILCS 210/4.07 –  Sec. 4.07. The Office may accept and expend monies, gifts, grants and services from any public or private source; contract or enter into agreements with educational institutions or any Illinois county, the state of Illinois or federal agencies.

Sec. 7.06. (a) The Director may contract for or employ part-time such investigators to provide investigative services in criminal cases and tax objection cases for staff counsel and county state’s attorneys. Investigators may be authorized by the board to carry tear gas gun projectors or bombs, pistols, revolvers, stun guns, tasers or other firearms.

We find no legislative authority for the ILSAAP to contract with a private law firm outside of criminal cases and tax objection cases.  Farm lease legality and property tax obligation do not fall into any of those listed criteria.  To date, the ILSAAP has refused to respond to our inquires on their actions.

More importantly, the very contract with the law firm Kroncke relied on for her legal opinion has a contract that is specific and has been violated as a result of Kroncke’s request for a legal opinion.

There are no provisions in that firm’s contract with the ILSAAP to provide services to the County of Shelby as claimed by Kroncke. In fact, the contract specifically restricts their services as found in paragraph 1 of the contract posted above.  Kroncke’s actions have now led us to yet another government agency that is failing to follow the very statutes that they are bound by and doing so on the backs of taxpayers statewide.

“The firm has provided a written opinion to Shelby County, free of cost, regarding tax liability.”

Turns out that assertion is totally false. In fact, it cost every taxpayer in the state. The opinion generated by the law firm in violation of their contract with the ILSAAP by working outside their narrow authority cost the taxpayers $3,587.50. Invoice 1, Invoice 2, Invoice 3

The alleged “free of cost” $3,587.50 opinion has a lot of interesting attempts to justify a farm lease but failed to hit on two major factors.

“Here, it may be argued that the county’s receipt of nearly $40,000 annually from the Shelby County Farm serves a public purpose because the land is generating income on land that the county would otherwise be expending resources on to maintain. That argument may be strengthened if it can be shown that the amount of cash rent that the county receives (which averages approximately $166.36 per acre) is consistent with prevailing market rates.

Yep, it can be argued, but it fails when looking at the annotated Illinois Constitution language, which was completely missing from this opinion and considering farmers have opined they would have bid as much as $300 an acre, the second prong of the attempted justification falls flat.

As found on page 127 of the official state document on the issue of the use of public funds, property, and credit, it is not just about consideration to the county as the law firm and Kronke would have you believe:

As the circus tent continues to grow in Shelby County, we now see that Board Member Gary Patterson wants the taxpayers to pay the property tax on the farm ground that was leased to a private farmer.  While there are numerous problems with the county making such a payment, we remain baffled why they would ignore a particular statement in the opinion of the State’s Attorney regarding such tax obligation.

“In all other counties, if the taxpayer of a taxable leasehold defaults on payment of the property taxes, there is no mechanism to collect the delinquent amount.”

If there is no mechanism to collect the delinquent amount, why on earth is Patterson willing to take the county down a path of paying those taxes and putting the county at risk of being on the receiving end of a taxation without representation lawsuit from the citizens?

While we appreciate Kroncke attempting to get a legal opinion, we would hope in the future she makes sure the taxpayers don’t end up paying for an opinion from a law firm operating outside their contractual authority and that an opinion provided is based on all the parameters of legality rather than just those that appear to be presented to support a specific position.  Additionally, she should confirm the cost before claiming it was free.

It appears the County has no interest in getting a determination by the Department of Revenue as to who is obligated to pay the property tax.  While we agree there was no language in the farm lease as to who pays, we understand no such language was in the farm lease in Dundee Township, which was a similar case cited by the Attorney General in their non-opinion letter to Shelby County.  What did they say?  In short, “the lessee was responsible for the payment of taxes on the subject property”.  That ruling was upheld by the Appellate Court. (See page 12)

Is it possible that they are avoiding going to the Department of Revenue for a ruling on the matter because it may lead to the farmer having to pay what he should have been paying all along?   Considering the large dollar figure, $26,926.00, in Federal subsidies he received between 2011-2020 on 30 plus years of no-bid farming of county property, the least he could do is step up and pay the tax owed to the taxpayers of Shelby County. 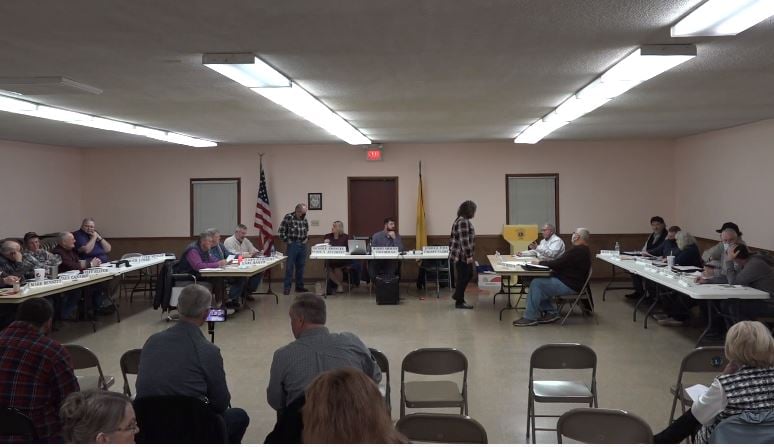