Did Criminal Investigations Lead To Yet Another Shelby County Resignation?

Both the now-former Shelby County Sheriff and current Shelby County Highway Engineer are subjects involved in criminal investigations for their activities in their official capacity.

The Sheriff resigned effective June 25, 2021.  A charging decision is in the hands of the Attorney General as it relates to illegal guns sales and alleged payroll fraud.

Today we obtained a letter filed with the County Clerk by Alan Spesard, the Shelby County Highway Engineer.  While the letter is rather cryptic, it appears to point to a resignation.

“I am writing this letter to give you advance notice of my intent to retire no later than October 31, 2021, or sooner than that if you are able to hire my successor.”

While I am sure many appreciate his “intent” to retire no later than October 31, 2021, such wording hardly constitutes an official declaration of retirement.

Spesard is being investigated by the FBI for his self dealing by operating his private company with the resources of the county as covered in these articles. (Part I, Part II,Part III)

While we cannot confirm these resignations are tied to the criminal investigations, it would not be surprising to later learn they were contributing factors.  Spesard lawyered up within days of us first exposing his malfeasance and while we have little faith in a federal prosecution due to many factors, there is a chance, although slim in our opinion, that the State’s Attorney could prosecute if the US Attorney does not.  It is our opinion that not only Spesard but those county board members who knew of the malfeasance and permitted it to continue that should be charged with Official Misconduct.

Transparency lesson for other officials to learn from:

“I will also look for your direction regarding how and when to make a public announcement about my upcoming retirement.”

Spesard fails to understand, even after 20 plus years as a government employee, his announcement was a public record the second he signed it and provided it to the County Clerk. We will consider this article to be a sufficient public announcement that another self-serving public sector employee is retiring.

The next to last sentence is a slap in the face to every taxpayer in Shelby County.

“It has truly been an honor serving the citizens of Shelby County and to give back to my hometown.”

An honor to serve the citizens of Shelby County? An honor to give back to his hometown?  Seriously?

What honor is there in using the County Highway Department office and resources for his own personal engineering business enterprise?  How is such self-dealing equated to serving the citizens?  Maybe he should consider taking steps to pay back all the inappropriate benefits he obtained during his 20 plus years of self-serving on the backs of the taxpayer.  That might be perceived as giving back to his hometown, the one he took from in the first place.

Spesard closes with, “I am now looking forward to the next chapter in my life”.  One can only wonder if the next chapter in his life will include a transition into stainless steel bracelets and government housing or a life of boating and travel on the retirement paid for by the taxpayers.   If he is charged and convicted he would lose his government pension.

A copy of his letter can be downloaded here or viewed below. 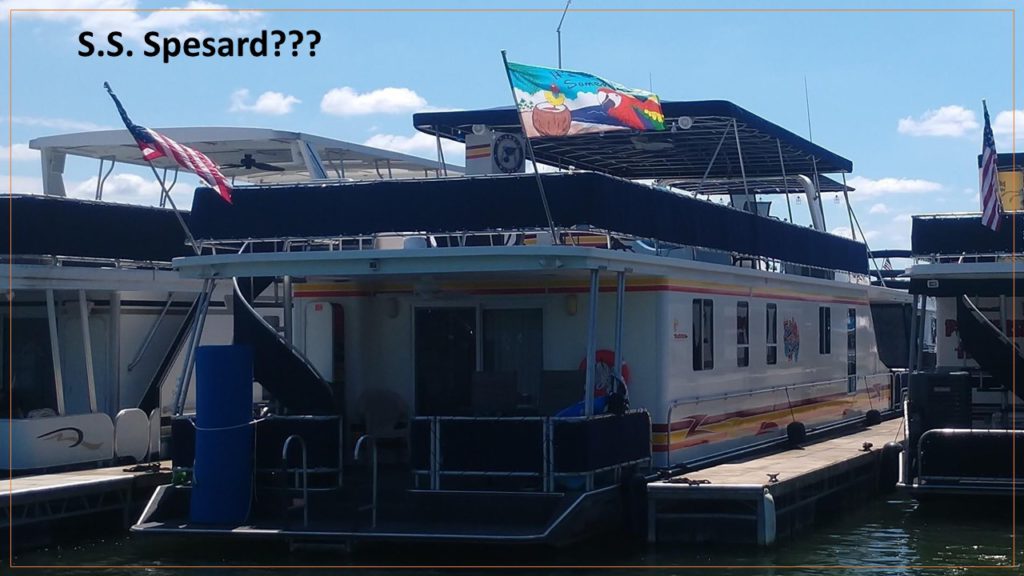