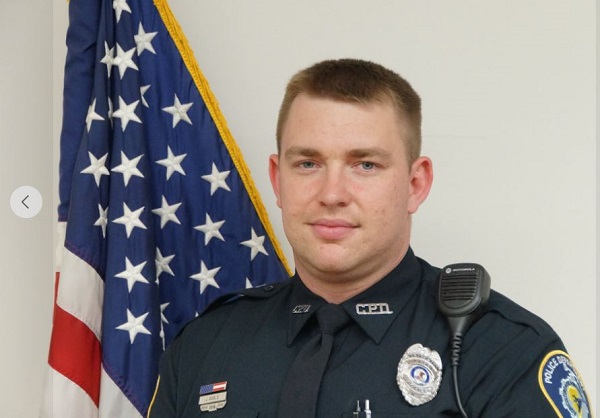 On April 16, 2021, Casey, Illinois Police Officer Justin Goble resigned after his admission to the theft of Shop-With-A-Cop funds were reported to the Casey Police Department.

Goble was seeking employment with the Effingham Police Department ("EPD"), and underwent a background investigation and interview with the EPD.

In an undated letter (see page 8) from EPD Chief McFarland addressed to Casey Police Chief Henderson, it states, in part:

". . . as part of the background investigation, Mr. Goble participated in an interview with a detective with the City of Effingham Police Department. During that interview, Mr. Goble admitted to inappropriate use of funds that he raised for the Casey Shop with a Cop program. Mr. Goble stated that he used approximately $1000 in funds raised for the program for personal use. Mr. Goble further stated that he repaid all funds used for personal use to the Shop with a Cop account. "

Goble, after notification of a meeting to discuss this issue, immediately tendered his resignation (page 13).

Casey Police, on April 20, 2021, requested Zone 5 of the Illinois State Police to conduct an investigation into the possible theft and Official Misconduct of Goble (page 18).

We have been unofficially informed that Goble was also terminated from his employment with the Westfield Police Department, but they have yet to answer our Freedom of Information Act request - and it is past the statutory time for a response.

We have found no indication on the status of any Zone 5 investigation and no indication of any charges filed against Goble related to his admission of stealing funds from the shop with a cop program.