One of the Madison County Board Members, Michael Walters, is also the recipient of a contract from Madison County Transit, whose board members are appointed, in part, by the County Board that Walters sits as a member of. Since May of 2019, that contract has been worth more than $75,000 to Walters as a “State Legislative Consulting Service” for Madison County Transit. He currently receives $5,000 per month after receiving a $2,000 per month increase in pay within a year of the appointment of a fellow board member to the transit board.

We believe this to be an indirect (financial) conflict of interest / prohibition on a contract, and explain our position below, because Walters cannot fully and faithfully discharge, in every instance) his duties in his office as County Board member when he may be called upon to vote on a Transit board member (who will, in turn, vote on Walters’ contract) – and likewise, the Transit board member could not fully and faithfully discharge his duties when called upon to vote on a contract with the person who took part in placing him into that position.

We understand the Madison County State’s Attorney has asked the Attorney General’s Opinions Bureau for an opinion on whether this contract should be considered a prohibited contract.

Madison County Transit’s “Ethics Binder” prohibits doing business with Madison County Board Members (see page 13). the Ethics Binder points to certain sections of the Public Officer Prohibited Activities Act for the definition of its prohibition; Section 3.1, and, Section 3.2. We must also look at indirect conflicts of interest as it has been applied in other situations.

Although not the same situation, Illinois Attorney General Opinion No. 93-014 (1993) discusses indirect conflict with contracts, the AG stated “when a member of a governing body anticipates that he or his employer will benefit financially from a contract awarded by the body, that knowledge will naturally affect his judgment in determining to award the contract.” replacing “contract” with “appointing a board member” and we believe the Walters situation would be an indirect conflict because he had to know his consulting contract would come up for vote again while the person he participated in putting into office would be called upon to act or vote on it.

Additionally, his contract provides that he shall submit reports to the transit district, and a FOIA request for any such reports came back empty – as in they do not have any such reports.

What was found, however, is Walters apparently using his County Board email account to conduct his business as the contracted “consultant” for the mass transit – that flies in the face of Art VIII, Section 1(a) of the Illinois Constitution because a private contract is not a public purpose of a county board member, and the county’s email address is public property.

Also, on page 2 of the email FOIA, Walters eludes that he is in Mexico and using or giving away the transit district’s glass cleaner: “I’m in Mexico with my wife and the number one thing the people want is my MCT glass cleaner. MCT is big in Mexico.”

Starting on page 4, is what we believe to be part of Walters’ private contracted work using the county’s email account. 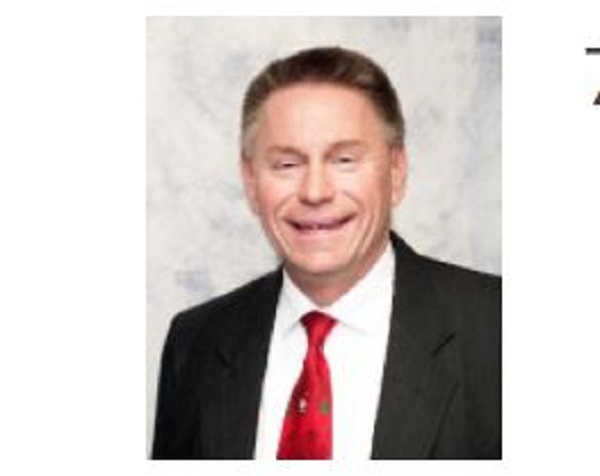