Wesley Township has been in a long, drawn out court battle over their failure to comply with the Freedom of Information Act (“FOIA”) a couple of years ago.

There have been numerous settlement offers either flatly denied by the Township Board, or with a counter-offer too ridiculous for the Plaintiff to even consider.

The latest issue in this case is Wesley Township’s failure to comply with the Court’s most recent Order, ordering Wesley Township to provide all previously requested discovery (which was initially requested more than 6 months ago) on or before April 20, 2021. See number 5 of the April 13, 2021, Order, which states: “Defendants shall respond to Plaintiffs interrogatories and requests to produce within 7 days (by April 20, 2021).”

MR. HANLON: Judge, part of that order also addressed my motion to compel. Mr. DiCianni has promised me that I am going to have the documents and the responses and answers to my discovery that are more than six months past due within seven days.

THE COURT: Is that true, Mr. DiCianni?

Plaintiff has now filed a Motion For Rule To Show Cause Why Defendants Should Not Be Held In Contempt.

Some of the discovery records and interrogatories (originally due on October 12, 2020) came from defendant Wesley Township and Trustee Leonard McCubbin filing a counter-claim alleging Fraud, Civil Conspiracy, Abuse of FOIA, Intentional Infliction of Emotional Distress and asking for $50,000 and a jury trial. The fraud claimed by the Township alleges Plaintiff filed FOIA requests in other people’s names – the other people mentioned in this counter-claim deny that allegation (here) and we had to file a lawsuit under the FOIA to obtain those names.

Then, during a Deposition, it was revealed that Defendants allegedly submitted a forged affidavit which purported to be from the former Township Clerk. During the Deposition she denied signing the affidavit, several times. Since then, she has allegedly recanted her first affidavit (which is here).

We will keep you updated on the status of this FOIA case, as it is unique in that the public body filed a counter-claim to a FOIA lawsuit. This will surely make for future lively discussions. 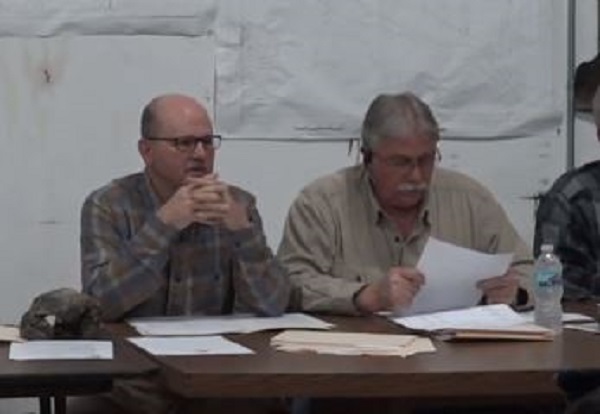