Prior Restraint (telling someone they cannot say or print something in advance of publication or speech) is never a good idea and is frowned upon in every courtroom with a very high bar to hurdle to overcome for a prior restraint.

Williams claimed much of it was not factual (although he did not state what was not factual about it) and also stated that parts of the text were “defamatory and legally chargeable in nature” – which is hogwash, in our opinion. Even if it was “legally chargeable” it is not up to the city mayor to make that determination, it is up to the city attorney, in this case, to file a complaint in a court of law to let the Judge or Jury make that determination when balanced with Hansen’s rights under the Citizen Participation Act.

Here is that letter, in text, with the Censored text highlighted in yellow (or read the entire pdf below).

I am writing to express surprise that the City of Danville has recently decided to retain James Simon as its City Attorney. As an Urbana resident, I have become very familiar with the integrity of Mr. Simon’s legal work as he served as the Urbana City Attorney for several years. Mr. Simon may very well be the most corrupt and ethically backwards individual I have ever observed in local government.

Over the course of the past year alone, Mr. Simon has repeatedly lied and used deception in pursuit of his personal political interests and vendettas. He has encouraged City staff to commit crimes and violations which have resulted in multiple lawsuits. In each instance where public officials have involved themselves in illegal activity or misconduct, Mr. Simon has made efforts to conceal, defend, and encourage that misconduct.

Mr. Simon encouraged City staff to charge thousands of dollars of illegal FOIA fees in an effort to intimidate requesters and conceal the actions of the government. Urbana has already lost one of the multiple FOIA lawsuits filed in the past year, and the Judge scolded Simon for his deception in defending that lawsuit. More than a dozen instances of review performed by the Illinois Attorney General, and defended by Mr. Simon, have resulted in determinations of violation against Urbana and/or determinations that the City has not properly provided records.

Mr. Simon recently advised the Urbana Mayor and Council to commit numerous Open Meetings Act violations against the residents of Urbana. Simon claimed that the Mayor could interrupt and mute people for expressing negative opinions or for criticizing elected officials. The violation caused a lawsuit to be filed against the City and the Attorney General has just issued a letter to the City of Urbana indicating multiple violations of the OMA. The letter indicated extensive incompetence by Mr. Simon as the Assistant Attorney General had to explain why Simon’s various legal citations did not apply or proved the opposite of what Mr. Simon intended.

Mr. Simon uses any and all tools of deception available to him to argue whatever unethical stance he chooses to take. He is dishonest and vindictive. My writing this email will undoubtedly cause Mr. Simon to retaliate with false and misleading claims about my own character. Unlike Mr. Simon, however, my statement here comes with the backing of evidence and the findings of numerous Attorney General reviews and determinations in the Sixth Judicial Circuit Court which have repeatedly ruled against Mr. Simon.

The residents of Urbana are better off for Mr. Simon’s having resigned. I am certain the City Council members are happy to see him leave. If the Danville City Council cares about your City acting in an honest and ethical manner that is respectful of the rights and interests of the people whom you serve, I would urge you to reconsider your decision in appointing Mr. Simon as your City Attorney. Until then, your Council should be constantly wary of any legal advice he dispenses.

Upon reviewing some of your recent meetings, I have noticed that the Danville City Council is still using voice votes for some of your votes. I wonder why Mr. Simon has not pointed out that ALL votes during your virtual meetings must be roll call votes. I suggest you ask him.

Any of you are welcome to contact me for further information.

The City of Danville supplied the pdf of the comment in response to my FOIA request: 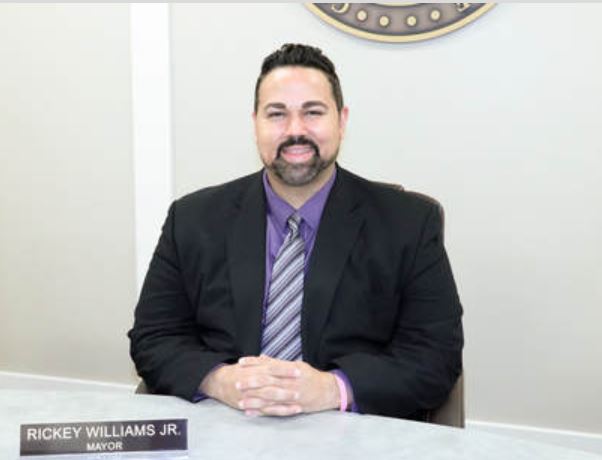