The Chicago Civilian Office of Police Accountability has released videos and other reports of the fatal police shooting of 13-year old Adam Toledo on March 29, 2021 at 2:53 a.m.

According to the COPA website, “This post includes all relevant video, audio and Chicago Police Department records in COPA’s possession that are required to be released related to use of force in this fatal officer-involved shooting and the events immediately following it.”

According to WGNTV: “Videos show Adam Toledo, 13, may have dropped gun as he raised his hands when CPD officer fatally shot him”

You can view all the related reports and videos at this link: https://www.chicagocopa.org/case/2021-1112/

The Civilian Office of Police Accountability (COPA) has just released video and other materials related to the fatal officer involved shooting of 13-year old Adam Toledo on its website. The release of materials of the fatal shooting, which occurred 17 days ago, March 29, 2021, is in accordance with the City’s Video Release Policy and well in advance of the 60-day deadline.

Videos released today have not been edited in any form, however redactions protecting personal and private identifying information have been made. COPA’s commitment and practice since inception, is to release video and other materials in an objective and transparent manner, without commentary or narrative and in their original state as captured during the incident. Release in this manner is necessary to avoid even the slightest appearance of bias or prejudgment in advance of the completion of our investigation. Finally, videos released today are identical to those reviewed by the family and their representatives on April 13, 2021 at COPA’s headquarters.

We ask for calm and peace following today’s release and ask for patience as COPA continues to bring this investigation to conclusion.

COPA is committed to completing a full, thorough and objective investigation of the entire incident which includes not only the officer’s use of deadly force but also the actions of other involved officers leading up to and following the deadly shooting to determine whether each officers’ actions complied with Department policy directives and training. 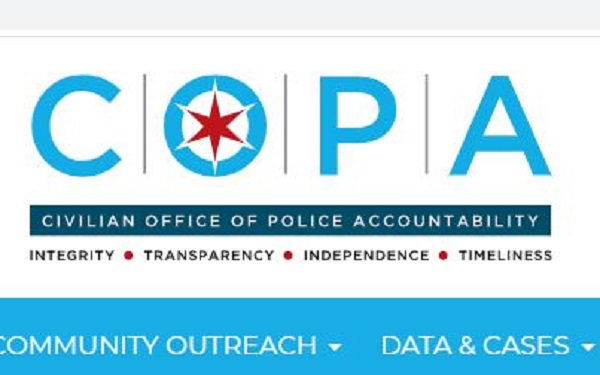