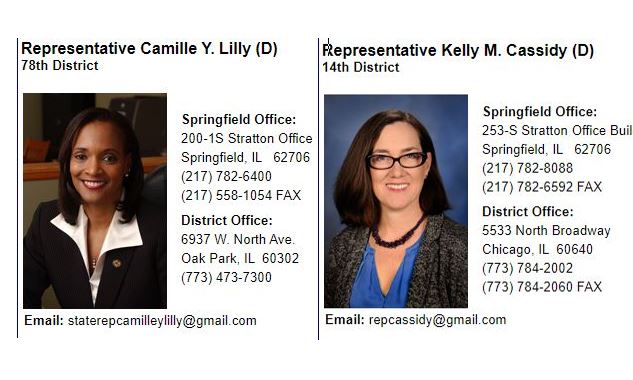 Two Illinois State Representatives, Camille Y. Lilly and Kelly M. Cassidy, sponsored House Bill 3913, which would permit child sex offenders to live as close as 250 feet from a school or playground - currently they must stay at least 500 feet away.

Language from the Synopsis:

"Synopsis As Introduced:
Amends the Unified Code of Corrections. Provides that it is unlawful for a child sex offender with the duty to register to knowingly reside within 250 feet (rather than 500 feet) of a school building, playground, the real property comprising any school that persons under the age of 18 attend, or other specified child care facilities. Provides further requirements concerning a child sex offender's address of registration. Amends the Sex Offender Registration Act. Removes the weekly reporting requirement for persons who lack a fixed residence (currently, both weekly and quarterly or annual reporting are required). Provides that if a person lacks a fixed residence, he or she shall not have to provide documentation of registering address. Makes conforming changes."

Please voice your opposition to this Bill.