We recently published this article regarding a county government’s power as it relates to borrowing money.  Within that article was the video from the meeting in which justifications were made for borrowing, however, none of those cited the applicable statute as was pointed out.

As more people are reading the provided AG opinions, it appears many have overlooked the key language in the opinions as well as current law.  The focus needs to first be on the power given, then whether or not such power would permit borrowing and what type of borrowing.

The Shelby County State’s Attorney has recently and correctly pointed to the applicable county code on borrowing and even highlighted a very key portion of that law that many are overlooking.  We appreciate that she put that section in bold, as we did below, our emphasis in red.

(55 ILCS 5/5-1135)
Sec. 5-1135. Borrowing from financial institutions. The county board of a county may borrow money for any corporate purpose from any bank or other financial institution provided such money shall be repaid within 2 years from the time the money is borrowed. The county board chairman or county executive, as the case may be, shall execute a promissory note or similar debt instrument, but not a bond, to evidence the indebtedness incurred by the borrowing. The obligation to make the payments due under the promissory note or other debt instrument shall be a lawful direct general obligation of the county payable from the general funds of the county and such other sources of payment as are otherwise lawfully available. The promissory note or other debt instrument shall be authorized by an ordinance passed by the county board and shall be valid whether or not an appropriation with respect to that ordinance is included in any annual or supplemental appropriation adopted by the county board. The indebtedness incurred under this Section, when aggregated with the existing indebtedness of the county, may not exceed any debt limitation otherwise provided for by law. “Financial institution” means any bank subject to the Illinois Banking Act, any savings and loan association subject to the Illinois Savings and Loan Act of 1985, any savings bank subject to the Savings Bank Act, any credit union subject to the Illinois Credit Union Act, and any federally chartered commercial bank, savings and loan association, savings bank, or credit union organized and operated in this State pursuant to the laws of the United States.
(Source: P.A. 98-525, eff. 8-23-13; 98-756, eff. 7-16-14.)

The State’s Attorney has stated, just as the AG has stated, a county cannot lease its farm ground.  The reason is that there is no public purpose.  The effort to “license” the farm is now being contemplated which raises a whole new question.  Can the County license farm ground?  While we have seen the opinion provided by a law firm supposedly contracted by the Appellate prosecutors, there are numerous holes in that opinion, in our opinion. We say supposedly contracted because we find the law allowing the appellate prosecutor to contract has very strict limitations and getting an opinion for a county State’s Attorney is not one of those outlined in the law.

Within numerous opinions from the Attorney General, there is a common theme quoted and it is our opinion that theme is being overlooked as it relates to a county going into the farming business.

“Accordingly, a county cannot contract with an individual or private association or corporation to do something which the county has no authority to undertake.”

What authority is given to a county to go into the business of farming? That question must first be answered before addressing any other question.

“Presently, counties have been given no express statutory authority to license or franchise community antenna television systems ( CATV).”

Looking at the powers given to the County, it is clear under 55 ICLS 5/5-1005, power was given as it relates to leasing space on a telecommunications tower to a public or private entity.  Note it says public OR private.  That power was given in Public Act 95-813 and was effective on 8/16/2007.

The  AG opinions on borrowing all explain the reasons for the opinions at the time and those to had a common theme.

Necessary to find the statutory authority for the county to undertake the functions contemplated.

The opinions provided to date in Shelby County attempt to justify why the county can “license” someone to manage the farm for them. They appear to miss the mark on the common theme from the Attorney General, which is they must first begin with the statutory authority to undertake the functions contemplated, in this case, farming.  If the county had the statutory authority to license farm ground, like was given with a telecommunications tower, then they could undertake the functions or activity of that authority.

Fast forward to 2014, the county was given the power to borrow but only for a corporate purpose. What are those purposes?  They are spelled out in the county code, called powers, as in specific powers. Much like the Attorney General pointed out in the 1974 opinion, we still can’t find any power given for a county to go into the farming business.  If such power existed, as it does for leasing space on a telecommunication tower, then that would be a corporate power which they could then borrow money under the guidelines in the law that became effective in 2014.

While we are confident the State’s Attorney will never concede the position she has taken, we would encourage the County Board to request an opinion from the Attorney General on the licensing of the management of the farm ground to a bank.  We are confident any such opinion would conflict with the position currently held by the County State’s Attorney. 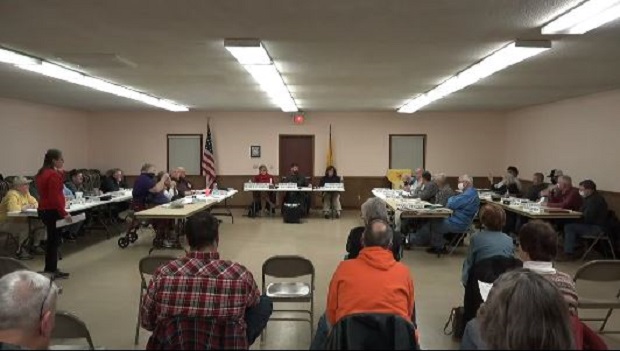