Another Corrections Officer at the Illinois Department of Corrections, Pontiac Correctional Center was arrested.

We previously reported on the five Pontiac officers arrested and charged with felonies in McLean County (here).

Both are Class A Misdemeanors.

His next Court appearance is April 6, 2021, in Livingston County Circuit Court. 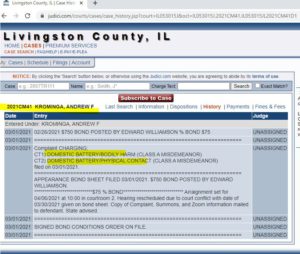