We have been covering the Shelby County farm lease and taxation issue for over a year with this article being the first of several articles. As outlined in this article, the State’s Attorney has asked the Illinois Attorney General for a legal opinion on the farm ground leasing and taxation.  (see Letter here)

Let’s begin with the letter the SA sent to the attorney general. The letter claimed the taxes were forfeited at a tax sale once they became delinquent.  We have been informed that this is not true.  Regardless, the real issue lies with the two questions raised.

Can the county lease real estate to a private party to be used by such individual for a private farming operation for an annual cash rental paid to the county, and which party is obligated to pay the property tax?

We have said no, just as the Attorney General did in the prior written opinion to the first question, and the farmer is to pay the tax for the second question.

What does the Illinois Appellate Court Third District have to say about it?

We note that the case was shepardized and has not been overruled or negatively treated on appeal.  Every attorney we have spoken with confirms it’s still good law. The key, as emphasized in this article, public purpose plays a role.

We note many counties have tried to use the third listed power given to county boards as a justification to enter into farm contracts.  Such action can only happen provided specific corporate powers are given.

Powers and duties of County Board – “3. To make all contracts and do all other acts in relation to the property and concerns of the county necessary to the exercise of its corporate powers.”

There is no statutory power for the county to lease farm ground for private purposes. In fact, there is a prohibition of such an action as it relates to County Farm ground that is not part of a poor farm.

This is where statutory construction comes into play.  When a law outlines a power in one statute but is silent in another, the silence is a prohibition of the action.  As the courts have said in numerous cases on this point, had the legislature intended for the County to have such power they would have included it.

We understand there is an attempt to claim they can license the ground rather than lease it since that is what Kendall County has done. We must note, in our first presentation to the Shelby County Board we emphasized the danger in relying on other counties’ practices as a standard to rely on because if those counties are not following the law they only perpetuate bad practices.

The simple question that many seem to refuse to answer, where in the Counties Code does it give you the power to lease your farm ground for private purposes?  If it does not, you can’t do it, whether by lease or license.

As it relates to the second question asked by the SA, who pays the taxes, we have provided information on this to the point of nausea.

It appears some people’s focus is on doing as they please or doing anything opposite of what we point out.  We would hope the County Board and the legal counsel do not ignore court precedence.

Dundee Township v. Illinois Department of Revenue: – “Under section 9-195 of the Property Tax Code, the parcel at issue was acquired for open space purposes and is therefore exempt from taxation, subject to restrictions due to the leasehold interest. See City of Lawrenceville v. Maxwell, 6 Ill.2d 42, 49, 126 N.E.2d 671 (1955). Contrary to the Township’s position, our inquiry does not end here. Under section 9-195, leasehold assessments are to be imposed on an otherwise exempt parcel when that property is leased to a nonexempt lessee and the act of leasing does not make the property taxable. In these circumstances, the leasehold interest is taxable and the lessee is responsible for payment. 35 ILCS 200/9-195 (West 2000).”

We note that there are two items on the Shelby County agenda related to the above matter.

As it relates to item 17, the county code provides licensing for certain matters which means we can rely on statutory construction for the answer to the farm ground lease/license issue.

Had the legislature intended for a County to have the power to license its farm ground for private use it would have provided such power in the statute, just as they did for the operation of a community antenna television system.  .  The fact it has named what matters can be licensed, of which does not include farming, it’s clear such silence is a prohibition as it relates to farm ground.

As it relates to item 19, the payment of the back taxes on the illegal leased farm ground, the Department of Revenue has made this crystal clear. (see page 6), – “Leaseholders pay property taxes on real property leased from an owner whose property is exempt (e.g., the state owns the agricultural property and leases it to a farmer).”

To pay the real estate taxes out of the public treasury is unlawful in our opinion because the payment would be for a non-public purpose.  This may well constitute Official Misconduct considering the expenditure of public funds for private purposes violates Article VIII section 1 of our State Constitution.

We are planning on attending the next County Board meeting and live streaming the event provided the internet connection is sufficient for live streaming.  If not, we will still record and upload it for viewing at a later time. 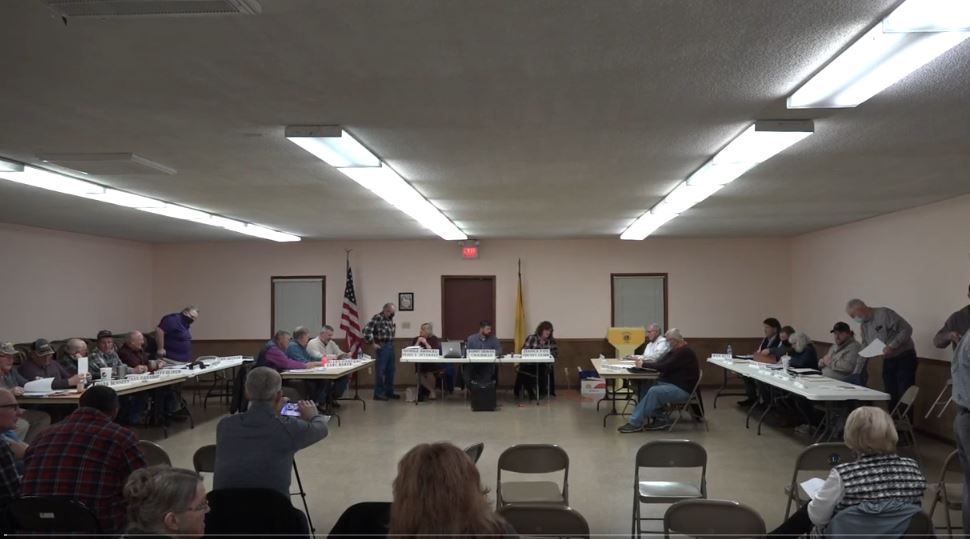