In a Sep 2020 article we detailed how DuPage Township Trustee Maripat Oliver’s intentional mispronunciation of Trustee Alyssia Benford’s last name could be considered a form of micro-racism.

During the May 12, 2020, meeting (and other meetings) Oliver interrupted Benford, and called her “Trustee Ben-e-ford or Trustee B” or whatever she wants to be called, and was told by Benford to pronounce her name correctly. She refused. This is part of a pattern of marginalizing Benford as somehow not worthy of having her name pronounce properly.

It has been well-documented that intentionally mispronouncing a person’s name is a form of micro racism/aggression – take this article discussing the issue with Kamala Harris’ name (here), you can find many more by searching for scholarly articles on the subject.

We once again ask Oliver to reevaluate her behavior and actions. Everyone apparently sees it but her.

Now she has apparently teamed up with other people who have taken to calling a man with a Hispanic heritage a racist – all because he is running for the office of DuPage Township Trustee.

With the continued intentional mispronouncing of Benford’s last name, and teaming up with people calling another person a racist because he is running for office, we are starting to see a definite pattern of behavior.

Watch this portion of Friday night’s meeting below: 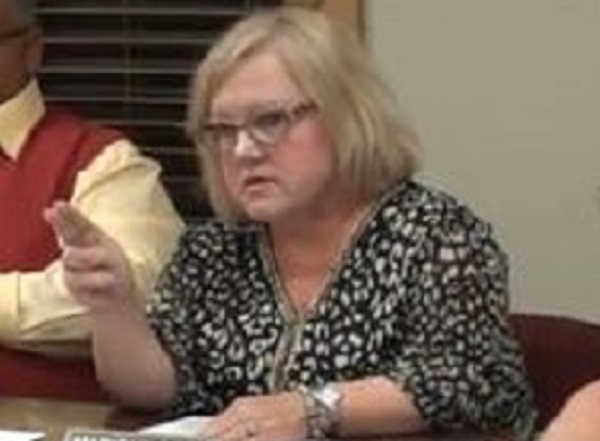