Norton Introduced Evidence Against Himself; Judge: “This is craziness” –

This should be our final report on the Stalking / No Contact Order against former Wesley Township Road Commissioner John Norton (read previous articles here).

On October 23, 2020, Norton appeared in person in Will County Circuit Court, on the day the Stalking / No Contact Order placed on him was set to expire. He was attempting to get the Order reconsidered and vacated – but he failed once again.

The Court asked why not just run out the clock since it was set to expire that afternoon, but Norton claimed he forgot to submit one document at the last hearing and wanted to clear his record so it wouldn’t effect his “federal licenses” – (which consists of an Amateur HAM radio license with callsign N9LYE and General Mobile Radio (GMRS) license with callsign WQOJ477, neither of which can be adversely effected by a restraining order)

Attorney Hanlon, for the Plaintiff, objected to vacating the Order “in the interest of Justice” and that his client wants it on the record and should not have to give up her right to the Order of Protection as previously ordered by the Court. The Order isn’t measured in the amount of time remaining, it is measured by Norton’s conduct.

Norton answered with more conspiracy theories, and started talking about traffic tickets and the one document he had proving his innocence…but was having trouble finding it again.

Here is a summary of what came next:

Court: “Come on. This like the most important piece of paper in your file and you can’t give it to me.”

Norton: “I can’t lick my fingers to turn pages”

Court: “is this the important part, the narrative?”

Norton: “Yes, your Honor, that’s probably the most critical part of it” – “also I have another document”

Hanlon: “well, no it’s not the whole basis of it Judge, because he has a no stalking, no contact order. There were instances in which he had been calling my client a whore and instances where he was interfering with her abilities, a handicapped parking spot.” And in addition to that, “the threats and statements made in the Dollar General store in which he articulated that he knew how to kill people and get away with it which was . . .”

Norton: “Objection, your Honor. It doesn’t support what he is saying. He has yet to provide any evidence to support that.” “No witnesses, no nothing”

Court: I’ve got to disagree with you. I don’t know what’s going on here, Mr. Norton. You gave me this piece of paper . . . which you said is like the smoking gun. You’re like, Judge, this is the thing that you really have to see that I didn’t bring in last time.”

Court: “So he [Hanlon] just started to say that you were in the Dollar General and that you said that you knew how to kill people – – and then you objected and you objected”

Court: “and then I stood up and I started to interrupt, and I would just like to read to you from this most important piece of paper in your file. It says Norton told her that he knew how to kill people and get away with it. That’s what you just – –”

Norton: “I’ve never said that you Honor, and no evidence has ever been presented to prove I even said it. Besides I’m not Donald Trump. . . Because I’m an independent, not a Republican.”

Court: “It says here Norton approached Forsythe in an aggressive manner, loud voice, clenched fist and got approximately two feet from her face and called her a bitch. Another customer, Sarah, told Norton not to talk to her in that manner. Norton called Forsythe a bitch again. She stated that Norton was talking crazy and made no sense whatever he was saying and that she was scared of him. Norton told her that he knew how to kill people and get away with it. Once customers asked Norton to step aside, he approached Forsythe and called her a bitch several times and stated that she was the one that starts all the shit in town. Officer Campos located Norton at his residence. Upon approaching Norton in his driveway, Norton’s own daughter, Sarah, was also present, and she immediately stated I told you that you can’t talk to people like that, dad. You deserve to go to jail.”

Court: “Your Motion is denied. This is craziness.”

Norton continued with excuses and “explanations”

Court: “That was supposed to be your smoking gun, and that was like a bomb that blew up your case. I mean that was very damaging to you. Mr. Norton, I’ve listened to your case and I’m going to deny your motion, and I’m going to go call the next person.”

Read the transcripts (here) below: 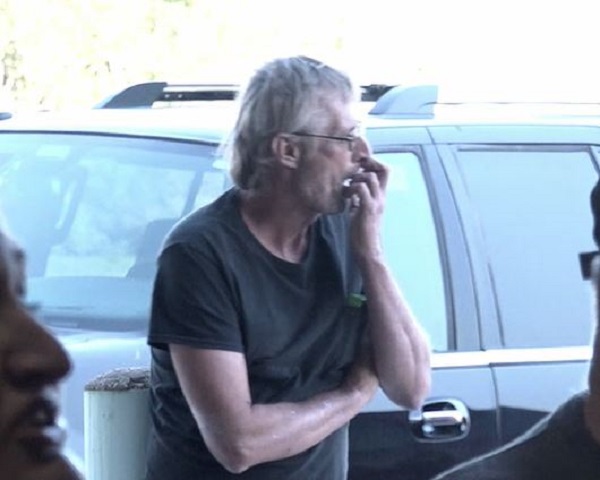