The Lisle Park District is asking for a 4.99% tax levy increase this year, while at the same time, its Commissioners and their family members continue ripping off the taxpayers with unauthorized compensation.

Commissioner Michael Olson is the only Commissioner who spoke against this policy and even voted against its approval during the District’s November 16, 2017 meeting where they voted to approve the most recent board policy manual.

“. . .The members of such governing boards shall act as such without compensation, and each member of the board shall be a legal voter of and reside within such district“

This board appears to confuse “no compensation” as found in the Park District Code with what the IRS considers as “reportable compensation” – see the Director’s report on page three of the Feb 2017 meeting minutes (here).

The Illinois Governmental Ethics Act defines “Compensation” to mean “any money, thing of value, or economic benefit conferred on, or received by, any person in return for services rendered, or to be rendered, by himself or another.” – It DOES NOT defer to what the IRS considers reportable compensation – meaning that in Illinois, receipt of free and discounted things based on becoming an elected Park District Commission or their family member violates state laws (and the Constitution, Art VIII Section 1).

Here is the list of compensation illegally granted to the Lisle Park District Commissioners and their family members:

This equals, at a minimum, over $400 per year for one Commissioner who uses the Aquatic Park, Fitness Center, does not participate in recreational programs and plays 5 rounds of golf per year.

We know it’s not much, but this needs to be fixed prior to asking taxpayers for more funds.

We wrote about this in Nov of 2016, and the Board voted on an amended policy manual a year later with this compensation still listed in the manual. 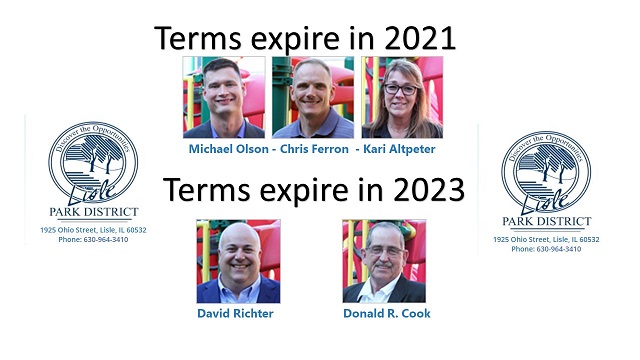