Last month, in response to an FOIA lawsuit, Wesley Township, and Trustee Leonard McCubbin filed a Counter-Claim alleging they suffered Fraud, Emotional Distress, and Anxiety by an FOIA requester who is suing the Township for failing to respond to FOIA requests sent by her.

During Depositions for the FOIA case, two Township officials stated, under Oath, that the plaintiff filed FOIA requests under the names of Tim Grant, Katie Brzana, Jeff and Fran Brescia, and a now-deceased person.

After reading the deposition transcripts, we filed an FOIA lawsuit against the Township alleging they failed to comply with the Freedom of Information Act by failing to provide all the requested records and pointed to the Court Motion and Depositions as our evidence that the responsive records to our FOIA requests did not include all of the requested records.

After being served with the lawsuit, the Township provided FOIA requests purported to have been filed by the Plaintiff in the names of other persons. We plan on filing a Motion to Dismiss our own lawsuit early next week since we now have the records we originally asked for.

Each of the three individuals responded that they sent their own FOIA requests to the Township, and nobody sent any on their behalf. When asked, Tim Grant did not want to be interviewed at this time, but I was assured he filed his own FOIA requests also.

Below are the recordings of Jeff Brescia, Fran Brescia, and Katie Brzana (Katie was on the phone as she was driving at the time):
. 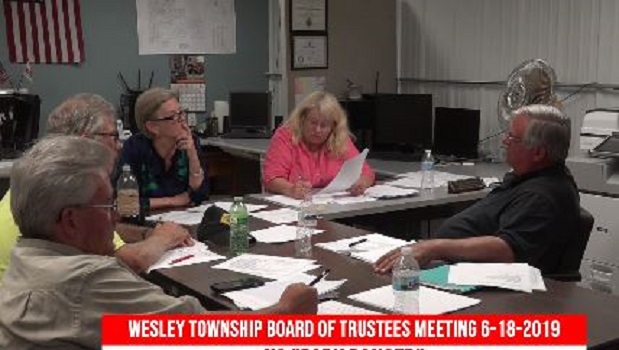