***Updated with copy of Complaint.

Wesley Township has, in recent weeks, made comments pertaining to a current Freedom of Information Act Lawsuit they are fighting. These comments relate to the persons who filed the suit, and one of their alleged actions prior to the suit.

On September 21, 2020, Wesley Township filed a Motion in Will County Circuit Court alleging that Cindy Brzana had filed a FOIA request on behalf of herself and also filed FOIA request in other people’s names. They accused her of committing fraud by “filing FOIA requests while claiming to be co-Plaintiff Tim Grant and others” (See paragraph 4 of the Complaint).

This piqued my curiosity, so on September 23, 2020, I filed an FOIA request for copies of all FOIA requests the Township thought that Brzana filed on behalf of Tim Grant and others.

Expecting a long list of names and a large number of FOIA requests filed in other people’s names, I was profoundly disappointed when on September 28, 2020, all the Township sent as responsive records to my FOIA request were those with Tim Grant’s name on them, but none of “the others” they alleged in the court filing of committing fraud with.

Thinking it might have been a mistake in their Court filing, I was ready to give them the benefit of doubt with the accusations . . . until I heard about the sworn testimony in Depositions of the Township Supervisor Mike Medlin and Township Clerk Sherry Yakima. Both stated under Oath, that Brzana did file FOIA request under other people’s names (including Tim Grant’s name):

Township Supervisor Mike Medlin testified under Oath: that he had an email or text where Brzana said “I have reached the maximum number of FOIAs I can submit, so now I am filing under Tim, Fran somebody, and Sue, another friend of hers…“

Township Clerk (and FOIA Officer) Sherry Yakima testified under Oath: “She also told me she had filed them under her daughter’s name . . . and she had also told me that she was filing them under somebody else that I am unsure of. I believe maybe Jeff and Fran were those names.”

Now we believe it was no mistake at all, the Township filed a Motion in Court alleging Brzana filed FOIA requests on behalf of Tim Grant and others – then they failed to provide any copies of FOIA requests pertaining to the “others” in my FOIA request – then they testified under oath that there were others and even named them.

That is why this suit was filed – because the same person who responded to the FOIA request testified to something different in a Deposition. 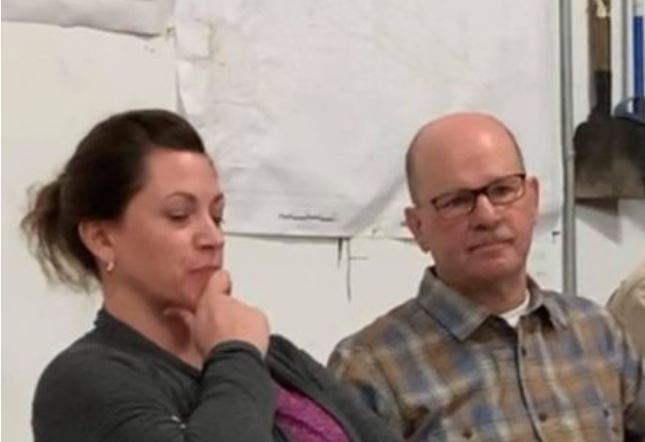