The Watseka Police Chief Jeremy Douglas is tangled in a web of actions that raise numerous concerns for the rule of law in Watseka.   The fact he is still the Police Chief makes us wonder what the Mayor and City Council was thinking.

We obtained the Illinois State Police criminal investigation into the Watseka Police Department regarding missing evidence seized during a raid.  Considering police officers take an oath of office to uphold the laws of the state, which means all laws, the findings in the ISP report are very troubling.

We sent the Mayor three simple questions, of which we received zero response.

The same can be said for our questions directed to the Police Chief on the sexual harassment web he is tied up in and possible grant fraud during the flooding years ago in Iroquois County. More on that in another article.

Reading the 94 pages of ISP investigation notes should concern every citizen in Watseka as it appears obstruction took priority over cooperation.

ISP – “I contacted Chief Douglas and advised him I would need an official request for investigation, with the understanding that if it was determined that the aforementioned funds had been stolen, the perpetrator would be arrested and prosecuted. Chief Douglas forwarded the attached letter, requesting the investigation.”

Why did Douglas ask for the investigation?  Because other agencies wanted their portion of the money that was seized in a raid.  The missing funds totaled $4,000.00 and were in the control of Lt. King after the raid. How ironic that the very person asking for the investigation is alleged to have also told everyone to not cooperate with the ISP investigation.

ISP – “An examination of the audit revealed that there was possibly other cash missing. However, due to poor record keeping, it is possible that the money was transferred, but the transfer was not documented. Additionally, there were two entries where the description was “cash” and “USC,” but no amount was given.”

Watseka PD Secretary Warner – “WARNER spoke about the lack of organization within the WPD as a whole, which she advised most likely contributed to the missing currency.”

ISP – “Also during the interview, GARFIELD advised that WPD Sgt. Bill Stanley distributed knives from evidence. GARFIELD explained the knives had been taken in for safe keeping and the rightful owner had moved away. GARFIELD admitted to taking one of the knives.

For those not familiar with the law, distributing evidence that they know is the property of another is not legal.  Each and every officer involved in this action should be terminated and face the appropriate criminal consequences.

ISP – “When I returned to the office, on I 1 /0 I /20 I 6, I called Lt. King. In summary, Lt. King advised the following. He is the Fraternal Order of Police (FOP) representative for WPD. Officers had approached him, concerned about being asked to take a polygraph in this investigation, and they wondered what the FOPs stance was on it. Lt. King contacted his FOP Lodge and made the inquiry. He was told that no one should take a polygraph.”

ISP – “STANLEY advised he was not going to waive his rights. He stated he had talked to his union representative (the telephone call he received at D-21) and he said he should absolutely not speak with us-”   “The attorney said “they” should not talk to us (ISP) anymore”

ISP – “He identified himself as GARFIELD’s FOP attorney. He advised me GARFIELD would not be interviewed. He indicated that he spoke for the rest of the WPD FOP members as well. I advised BURKE the investigation was not administrative in nature and was not a union issue. I advised I was conducting a criminal investigation and he would need to be personally representing GARFIELD. BURKE indicated that was the case and advised “enough is enough.”

ISP – “Mayor Harwood stated he was aware the suspects had “lawyered up.”

ISP – “He (Lt. King) further advised to not allow the state police to look at their bank records. KING advised if no one cooperated, “this will all go away.”

ISP – “Police Chief Jeremy Douglas had told (in 2016, during the investigation) the police officers not to cooperate with the Illinois State Police. He told them if no one cooperated, the case would go dead, and “this will all go away.”

By all indications from the reports, rather than get to the bottom of the alleged theft of over $4,000.00 they chose to refuse to cooperate.  That should tell the public what kind of officers are operating in the Watseka Police Department.

So this investigation began with Chief Douglas asking for an investigation, yet ends with allegations it was he that instructed everyone to not cooperate.

We encourage everyone to read the ISP notes to grasp the magnitude of numerous failures within the Police Department.  Any Mayor and City Council who allows this type of behavior and performance needs to resign.

You can download the ISP notes at this link or view below. 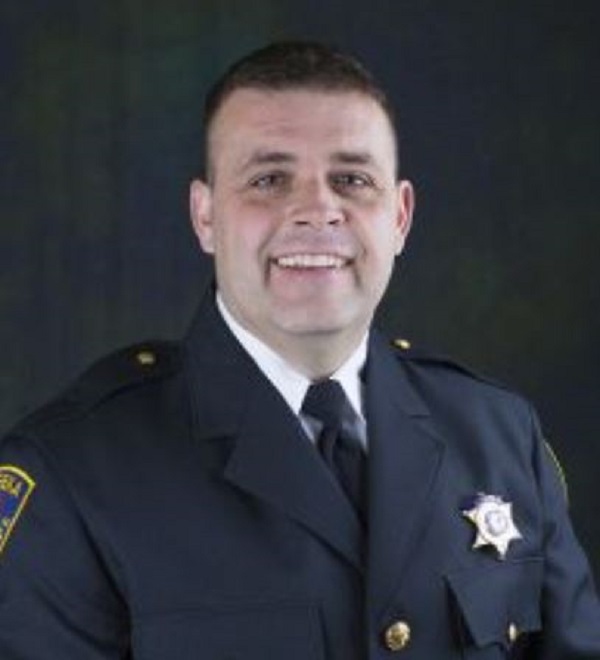