From day one of Governor Pritzker’s Executive Orders he has made claims which are simply false.  For example, as we exposed in this article, his first Executive Order related to COVID 19 had nothing to do with protecting the health and safety of Illinois citizens as he claimed.  Instead, he protected the marijuana industry which he has family ties to.

In a time where “science and data” is supposed to be the driving force behind protecting Illinois citizens, one must wonder why there is no data for cases tied to protests or casinos.  Remember all the criminals he released?  Prison or Jail accounted for only 3.76%. 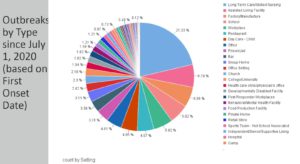 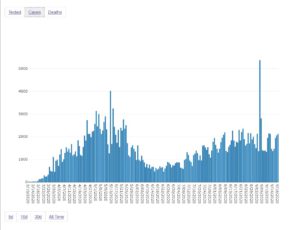 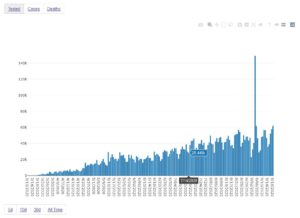 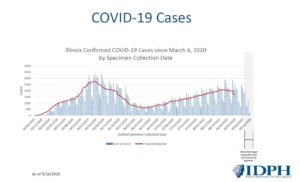 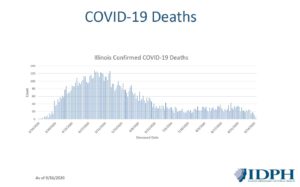 As if all this “science and data” the Governor claims he is following is not troubling enough, how about the tying of that data to the mask mandate?  Early on the so-called “experts” warned that the use of masks for the healthy was not advised. In fact, it was discouraged for several reasons, of which one was because it could lead to more cases because people would be fiddling with their masks because they are not used to wearing one and that would lead to more cases.

Looking at the data, Illinois hit a low from the first peak just after the middle of June.  May 29th was the face mask mandate.  About three weeks after that mandate, positive cases climbed. Is it possible the data is telling us the masks were doing exactly what the “experts” told us in the beginning?   Considering I have yet to find one person who washes their mask after being out in public, it is quite possible that masks are a contributing factor to the increased numbers.  Don’t take this to mean masks don’t help to slow the spread.  We are simply suggesting the data points to more cases shortly after the mask mandate and that mandate had no guidance on the importance of making sure the mask you wear does not have a valve, is disposed of after use, or washed regularly if you’re using homemade masks.

In the words of Moses, “Let My People Go”. 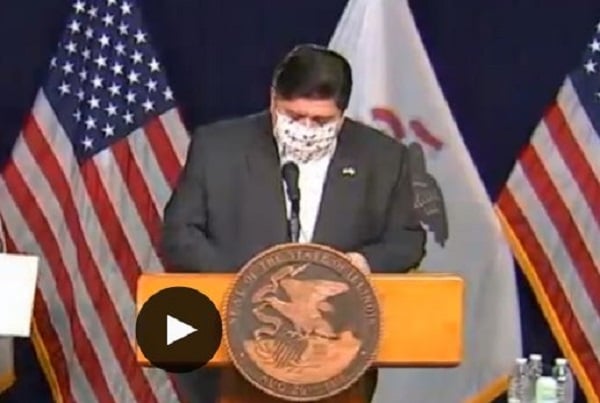