According to a 2018 press release from Senator Duckworth, both her and Senator Durbin proudly announced a $24 million federal grant to “Illinois Alluvial Regional Water Company (“IARWC”)” who had only been in business for 10 months prior to this announcement.

The Illinois Director of the United States Department of Agriculture knew at the time of the grants/loans that this company was in the middle of an ongoing lawsuit attacking its ability to even exist, but the USDA and Senators Duckworth and Durbin went full-steam ahead in granting this company federal funds.

The federal funds include this $24 million grant, and an additional $42 million combination of forgivable loan / low interest loan. Update: This is reportedly the largest project ever funded by the USDA Rural Development Program.

Why didn’t the Senators bother to check or even ask if this company was properly formed, if it was facing a lawsuit which would render it a void corporation, and why a 10-month old company was worthy of $66 million of federal funding? Did the Illinois Director of the USDA inform them of the lawsuit prior to the grant?

IARWC was formed in December of 2017, and less than three months later a lawsuit was filed against IARWC and its Members, attacking the validity of the company, and seeking to prevent the participation of its members in funding of IARWC.

On July 7, 2020, the Circuit Court in Macoupin County declared that Carlinville formed this company in violation of law, and declared Illinois Alluvial Regional Water Company a void corporation (read the last 2 paragraphs of the Court Order here). The Judge also made it effective immediately.

A void corporation can do nothing because it does not exist.

This means, or should mean, that all public funds, from any source, must be returned to the public entity which provided IARWC with funding.

The USDA approved grants/loans of up to $66 million dollars in 2018. What is unknown by us is how much of that $66 million has already been spent, and what happens to the spent and remaining funds. We believe all of it should be repaid to the USDA.

The City of Carlinville has given IARWC at least $30,000 obtained from an USDA grant to study the formation of a “regional water commission” – which is not what the public funds were used for. A water commission would have been a public entity, but IARWC was formed as a private company, subject to none of the transparency of a public entity. We question if this money will also have to be refunded.

We demand that the USDA, and Senators Duckworth and Durbin look into these grants/loans, and demand accountability to whomever approve this with full knowledge of the lawsuit attacking the existence of the company receiving these federal funds.. 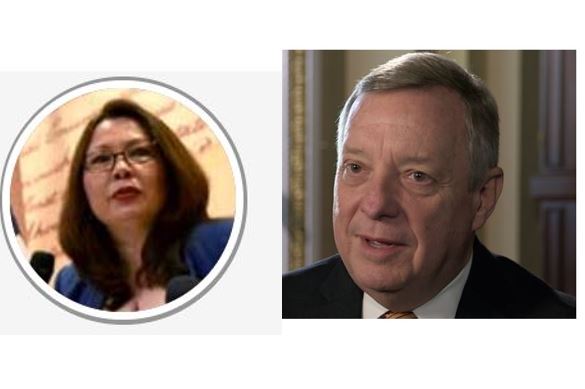