Pappas replied: “Regrettably, due to the healthcare crisis, I am not able to stop by your home at this time.”

Meanwhile, on Illinois State Representative Diane Pappas‘ Facebook page are photos of her downstate tour, to include photos of her in Albion, Illinois, in a group of people where none of them are wearing face masks, and none are social distancing.

Are we supposed to believe this “healthcare crisis” took a break on July 1 in Albion so she could take these photos? Would she meet with her constituents in Albion instead of Bloomingdale? There was absolutely no reason for her to lie about meeting in person, all she had to say was, no, you are not important to me and we will not meet to discuss this.

Additionally, Pappas spread more misinformation about the Bailey v. Pritzker ruling out of Clay County – you would think an attorney, such as Pappas, who was recently accepted into the Illinois Supreme Court Bar, could take the time to read the Order and provide accurate information.

“Ms. Pappas, I would like to reach out to you and find out why the judgment that came down Thur is not being followed. This judgment Voids the EO’s since April 8th. Please let me know your thoughts. As a citizen of Illinois, I want my voice heard and I can’t seem to get anyone to listen to me. Please advise.“

“Thank you for contacting me with your thoughts regarding the enforcement of the July 2 ruling in Clay County Circuit Court. I appreciate hearing from constituents on this and all other issues facing our community and state.”

“Also, as you may be aware, numerous other courts who have had a chance to weigh in on the Governor’s powers have ruled in the Governor’s favor. Most recently, on July 4, US Supreme Court Justice Brett Kavanaugh issued a ruling in a lawsuit filed by the Illinois Republican Party that upheld the Governor’s ban on political rallies of more than 50 people during the pandemic. In light of the many rulings by other courts upholding the Governor’s orders, the Clay County Circuit Court ruling appears to be an outlier and there is reason to believe that it will be overturned on appeal.”

We reached out to Rep Pappas’ office by telephone for comment, but have not received a response as of publication. 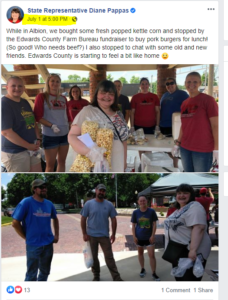 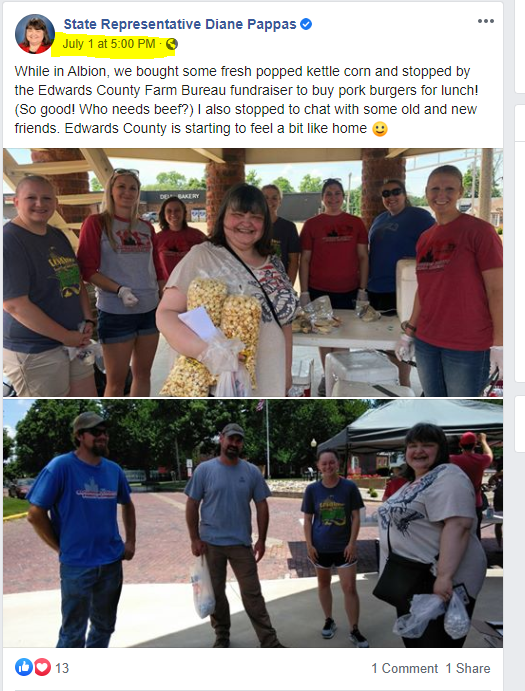