Gov. Pritzker’s EO: Masks and guns – the rest of the story

In our previous article on the Governor’s most recent proposed Executive Order that requires the wearing of masks, we intentionally raised what we believe would be unintended consequences to gun owners in Illinois. While we are confident anyone charged under the deadly weapons portion of the criminal code for wearing a mask as ordered by the Governor would have a valid defense, our point is confirmed by all those who insisted no such charge would stand in court.  Sadly, those same people missed the point.

If a person is put into a position they have to defend their right, it means their rights have already been violated.  People should not face the burden of defending their rights due to ignorance by a select few law enforcement officers or rouge prosecutors.

The following legal analysis is provided to explain the matters we raised, and was provided by an Illinois attorney. If any person is faced with the situation we raised, this is the key information you should know as to provide a defense.  We say again if you have to raise this defense, the authorities have already gone too far.  While we all wish our police would ascertain if there is a criminal intent before arresting a person, it is clear, it is the court that must look at the case to ascertain if there is criminal intent. Stay tuned for a perfect example on this point in a future article from a bogus arrest in Bloomington, Illinois.

You point to competing mandates between duly elected law and the Governor’s executive order.  You are correct that he is mandating orders contrary to his powers.  Nevertheless, I wish to point out a few things to educate misguided policemen.   Marshall Law has not been declared and the Governor is not an ultimate power, nor is he a king.   The law recognizes two important concepts. The first of which is the law of criminal intent.   The second area the law recognizes is “necessity”.  Moreover, there is a fundamental constitutional question in this regard.

It is well established that criminal intent is necessary for a crime to be committed.  See McKenzie v Montana, 449 US 1050 (1980).  No intent no crime.  However, this is somewhat of fiction in traditional applications because the statutes rarely conflict with each other.  This may be the first point in time that a direct conflict between an executive order and a criminal statute exists.  Nevertheless, I posit, how does anyone have criminal intent in following the law to wear a mask?  They don’t.  The governor is obligated to respect the rights of citizens in asserting any act of his office and he is constitutionally obligated to respect the constitutional rights of citizens.  Is following the executive order intended to strip a person from exercising a constitutional right?  I suggest that the Governor’s mandates of executive order are intended to maintain the status quo as opposed to make an act that otherwise would not be criminal, criminal.  However, the fact remains, those on the street enforcing laws are not lawyers and often make huge mistakes when exercising their authority.

The fiction of criminal intent is encapsulated in the concept that the criminal statute sets for sufficient elements to establish a crime.  Early on in our state, the Supreme Court stated:

“It may be granted that it is a legislative recognition of the fact that in the commission of the offense created there must be a criminal intent, or that negligence which is its equivalent; but such recognition is nothing more than the recognition of the principle of the common law, which, as we have already seen, is also embodied and declared in the Criminal Code in the words that in the commission of a criminal offense there must be a union or joint operation of act and intention, or criminal negligence. MEADOWCROFT v. PEOPLE, 163 Ill. 56, 71-72, 1896 Ill. LEXIS 1729, *18 (1896).

Criminal intent has been addressed on numerous occasions by various courts as a necessary element to the commission of a crime.

“The essential element of a criminal intent or criminal negligence is, however, implied, since it is of the essence of every criminal offense, and it must in some way appear in order to justify a conviction.  A statute makes an act a crime, and either provides that proof of a specific fact or facts shall be prima facie evidence of evil intent, or else the law infers the evil intent from the act itself. But if it appears, upon the whole case, that the thing done is not within the intention of the law, then it is not within the law though within its letter.”  Id.

In essence, the Meadowcroft court recognized that there are no absolutes in the law and a court must look at the case to ascertain if there is criminal intent.  Here, in the application of Meadowcroft, it is clear that a person lawfully authorized to carry a concealed weapon would lack the necessary criminal intent to violate the law given the Governor’s Executive order.  In the absence of the Governor’s order, such an act would fit with the definition of the crime and the evil intent the government was looking to extinguish when it established the law making the possession of a firearm while wearing a mask a crime.  I assume the legislative intent was to avoid people wearing masks to perpetrate robbery, theft, and burglary, not the prevention of a highly communicable disease.    Thus, in the absence of an otherwise evil intent, an arrest of a person for wearing a COVID-19 related mandated mask would not rise to the level of criminal intent and the charge would not stand.  Thus there would be no crime however that does not mean all law enforcement officers understand this point.

The easiest way to explain the law of necessity is the example of trespass and dangerous waters.  In this example, a property owner along a shoreline has the right to post a sign to prohibit people from trading upon his land.  In normal circumstances, a person would commit the crime of trespass if he were to pull up his boat anchor it and walk upon the land posted for no trespass.  The police could be called and would naturally take the “criminal” away because it would have been posted and the crime would have been committed.  Let’s just change the facts and inject that a storm was to suddenly bring about high waves and dangerous conditions on the lake and to save his life and the lives of his passengers, the boat captain was to do the exact same thing and officer not so friendly were to be called. Hopefully, an officer not so friendly and the local state’s attorney would be aware of the doctrine of necessity and they would aid the Captain and the passengers to safety.  When the storm ended a reasonable period of time would be allowed to depart,  We would not expect the police to throw the boaters back into the tempest.  The doctrine of necessity would intervene and result in no crime having been committed because the law recognizes the defense of necessity. It is where the greater harm would result that allows the invocation of necessity.  see People v. Unger, 66 Ill. 2d 333, 343, 362 N.E.2d 319, 323, 1977 Ill. LEXIS 258, *13, 5 Ill. Dec. 848, 852.  There, in People v. Unger, the Illinois Supreme Court recognized that the threat of a homosexual sexual assault in prison created a defense of necessity from the charge of escape especially when reprisals would occur if the defendant went to the authorities for help or protection.

The whole COVID-19 issue is, in essence, an attempt to stop a highly contagious pathogen capable of causing death.  Thus, the wearing of the mask is a necessity, especially when ordered by the Governor.  It would be a defense to the crime in addition to the absence of a crime as discussed above. Sadly, some may have to use such defense due to ignorance of the law by those charged with enforcing it.

Our United States Supreme Court noted “Constitutional rights do not mature and come into being magically only when one attains the state-defined age of majority. Minors, as well as adults, are protected by the Constitution and possess constitutional rights.” (Planned Parenthood of Central Missouri v. Danforth (1976), 428 U.S. 52, 74, 49 L. Ed. 2d 788, 808, 96 S. Ct. 2831, 2843.) the rationale is that our founding fathers recognized that rights emanated to us by virtue of our existence as human beings.  Governments, on the other hand, tend to restrict rights and that is why the Bill of Rights was adopted.  See The Right to Be Wrong: Ending the Culture War over Religion in America by Kevin Seamus Hasson, ISBN:1594030839 (2005).  A fundamental misunderstanding many people have is that our rights are given to us by the government.  However, the concept of rights is that we are born with them and the enumerated rights in the constitution and other places is a mandate that the government cannot restrict those rights.  (For instance, the language of the second amendment reads in pertinent part “… the right of the people to keep and bear arms shall not be infringed.” That particular bill is therefore framed as a protection of the right that is not to be restricted.)

So this then commands an inquiry as to whether or not the Governor has the power to command us in defiance of recognized constitutional protections.  For instance, the right of the people to assemble.  Under the present order, the Governor has clearly infringed upon the right of the people to peaceably assemble.  What immutable claim exists to support that the governor has either the power to compel us to wear a mask in public or to prohibit our peaceful assembly.  Frankly, there is no enumerated power and there is no support for many of the governor’s orders.  Thus, soon enough, we may find that they are unenforceable.  What exactly is the penalty for a violation of an executive order?  More on that next time I write to you.

We hope this sheds some light on the fact even though there are numerous potential defenses to avoid a conviction, the action of arresting a person takes place long before getting to the point of presenting that defense.

We encourage everyone to share this information with each and every law enforcement officer you know as they are on the front lines and it is those uneducated in the proper application of our laws that can destroy a person’s freedoms. 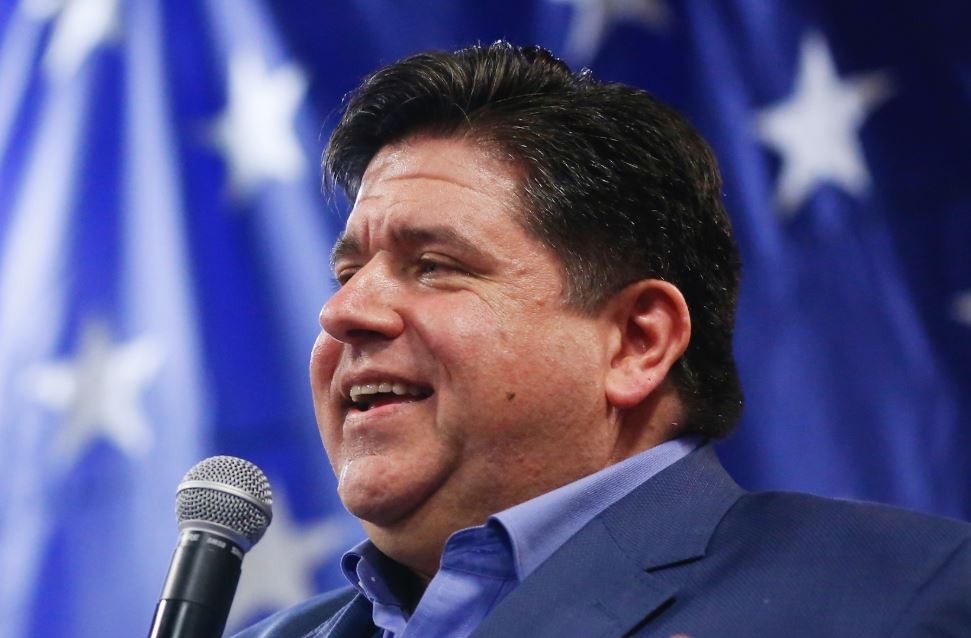