Michigan Governor – “Lives will be lost because we were not prepared”

Having worked in the Emergency Services field most of my adult life, it appears the very systems we operate under day in and day out have gone somewhat ignored by those in politics, until now when a large scale emergency hits. Sadly, the time to learn how the system is supposed to work is not during the emergency.

There will be a time every state and the US Government will need to have what we call the tail-board discussion.  It’s that talk after the fire to identify what we did wrong, what we could have done differently, and what we did right. It’s done for the purpose of making the next incident go smoother than the last. Some call it progressive learning through failures.

The one thing we don’t do in the middle of those fires or even after is cast the blame on others for our own failures.

Michigan Governor Gretchen Whitmer took to the airways of national media recently and we hope her statements will result in a “tail-board” discussion at some point.

That one statement says a lot.  As we pointed out in this article, when our States fail to plan, they plan to fail.  I think the one thing that is clear, no one in the world was prepared for what we are seeing which begs the question, when will our politicians realize that and stop the blame game and deal with the problem?

A question for the tail-board discussion down the road, why did we wait until the fire to start procuring what we need?  Other than test kits and ventilators, the items being requested are the basic Personal Protective Equipment (PPE) we in the emergency services industry use daily.

With that in mind, I fully understand there are those “fires” that kick our tails for an assortment of reasons.  It appears the Chinese Virus “COVID-19” is one of those fires.   When that happens, things do go bad and when the last ember is out and we go back to quarters, we feel terrible for our failures and take every lesson learned and do our best to make sure it does not happen again. As a Fire Chief, the one thing we don’t do is hold a press conferance in the middle of the fire and start blaming others as that never solves the problem and only makes going forward harder.

Going to do it if we need to?

The United States is a Constitutional Republic comprising of 50 States, commonly referred to as 50 independent experiments. Past national incidents resulted in one of those tail-board discussions at the Federal level.   From that, the National Incident Management System was created.  It was designed to be used nationally. However, it is a bottom-up approach, not a top-down as we explained in this article.   We in the Emergency Services understand it because we deal with it on a regular basis.  Unfortunately, it appears some Governor’s spent so much time in politics getting where they are they failed to realize there is more to running a state than shaking hands, kissing babies, and blaming others when their failure to plan gets exposed.

It’s clear to me, the badly needed tail-board discussion never took place at the state levels after EBOLA in 2014,  MERS COV in 2013, H1N1 Flu in 2009, and SARS in 2003. Had those discussions taken place with a level of appropriate seriousness at the state level, I don’t believe we would be seeing many of the problems we are seeing some Governors complain about today.

For those interesting in learning about the Federal Government’s role in the NIMS system during an emergency and what is involved in the Strategic National Stockpile, we encourage them to do their own research and learn how our system is set up and supposed to work.

If we do not learn from history we are bound to repeat the same failures. It would do many of our leaders good if they would learn the system for themselves rather than depending on some political handler telling where their next interview is or what fundraiser is next.

Let’s pray each and every State realizes the importance of their own preparation obligations in the future.  In fact, why not plan with the attitude there is no one coming to help you.  We call that planning for the worst and hoping for the best. 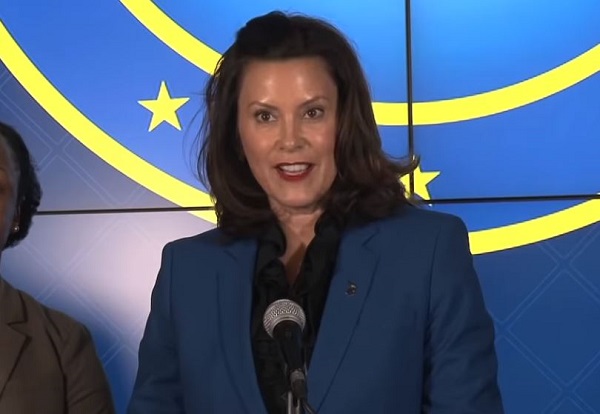