Local 395 Iron Workers Union President and Business Agent entered guilty pleas in connection with an attack on a McHerny County company that took place on January 7, 2016. Pursuant ot the guilty pleas, the Local Union President and its Business Agent were directly involved in the beating of D5 Ironworks employees. They will serve a minimum of 2 years in prison to a maximum of 4.5 years in prison, followed by three years of supervised release. The terms of the Plea Agreement are set forth within the attached documents.

On January 7, 2016, within the Northern District of Indiana, I knowingly and intentionally agreed and conspired with my co-defendant, Thomas Williamson Sr., and others, to use actual and threatened violence to obtain contracts for the union in which I served as an officer, Ironworkers Local 395. Through my actions, I sought to obtain for Local 395 a labor contract with D5 Iron Works, an Illinois steelworking company (“D5”), and/or a business contract with LagesteeMulder, an Illinois construction company. Prior to January 7, I had learned that D5 was working on a construction project for Dyer Baptist Church in Dyer, Indiana, which is in Local 395’s “territory.” I also knew that D5 was not signed up to a labor contract with Local 395.

On the morning of January 7, Williamson and I visited the church job site to talk to the owner of D5 and convince him to “sign up” with Local 395 or stop work on the job. The owner refused and told us to leave the site. Williamson became angry, calling him a “cunt” and a “scab bastard” and grabbing his jacket. Williamson also said that we were going to have to “take things back to old school.” By “old school,” I understood Williamson to mean committing acts of violence against D5 and its workers.

Williamson and I then gathered up rank-and-file members of Local 395 to return to the jobsite that afternoon. Local 395 members attacked the D5 workers and beat them with fists and loose pieces of hardwood, kicking them while they were on the ground. As a result of the attack, one D5 worker sustained serious bodily injury in the form of a broken jaw, that required several surgeries, extended hospitalization, and medical treatment.

Williamson and I initiated the confrontation and did not act in self-defense or “mutual combat.” The purpose of the attack was to intimidate D5 and the general contractor, in order to get the D5 workers off the site and to get Local 395 ironworkers onto the site to complete the job. I believed that the confrontation, and/or earlier threats, would result in obtaining a contract for Local 395 workers to complete the Church project.”

The victims are represented by Attorney Robert Hanlon. 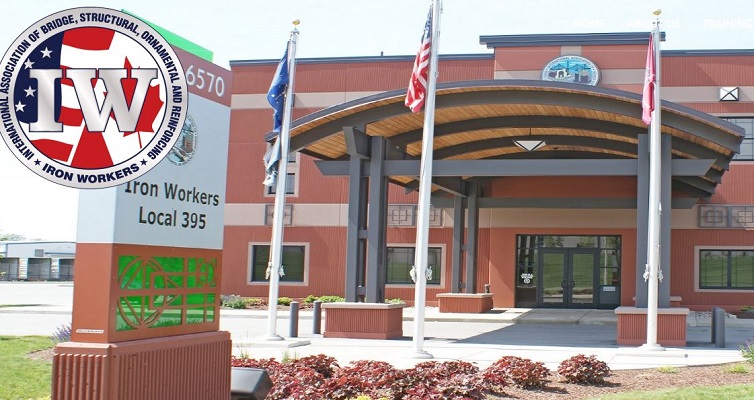