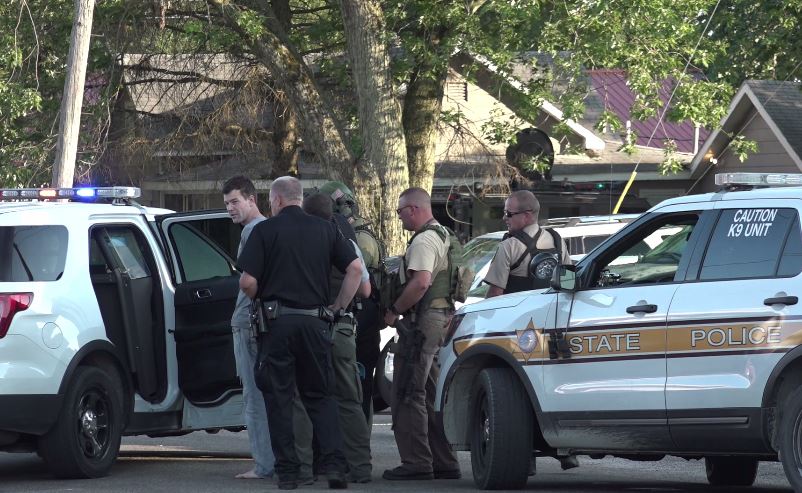 He refused to exit his home, which got the Marshall Police, Clark County Sheriff Dept, Illinois State Police, and the East Central Illinois Task Force involved, who surrounded his house for several hours.

At approximately 6:45 p.m., officers used a ram to try and break thru the side door, and Livvix then exited the front door and was taken into custody at that time.

It is unclear why he was initially being arrested and we will update this article as more information becomes available.

Update: He apparently issued a threat while police were outside his residence, stating "I was jesus "christ" obviously your brain stores information on the cloud. I cannot die, ive done nothing illegal, but anyone I knew beside Cody Welsh, will die in Marshall. 5 minutes are up marshall police/fbi."