The Algonquin Township Clerk, Karen Lukasik, made references to destroying records on social media shortly after taking office which resulted in her being named in a lawsuit from the Road District seeking an injunction to prevent any records from being destroyed.

As this matter moved through the court, the Township Supervisor’s credit card was used to purchase Nest Cameras for the Township.  The bill for that purchase was approved by the Township Board, so if the Clerk or any Trustee denies knowing about the purchase, it tells us they did not do their job, which includes reading the bills before them and audit those bills in the case of the trustees. According to James Kelly, these cameras are part of the security system of the Township and court records confirm the information recorded is a public record of official activities of the Township.  It is noted public funds were used to pay the bill and approved by the trustees.

As reported in this article, the Clerk, her husband, and their son were recorded by this system in the records room of the basement.  Shortly after our article published, a lot of insinuations were made that we had violated a protective order by publishing information we legally obtained.  The insinuations and comments ranged from speculating we violated a protective order, obtained the information in contradiction to our claim of doing it legally, to one lawyer saying if that was his kid in the video he would take legal steps and then finish off with burning my house down. We will address those comments in detail in a separate article.

The documentation we obtained through the Freedom of Information Act requests to the McHenry County State’s Attorney’s office resulted in discovering two key emails, of which to date only one had been shared in this article.  As outlined in that article, it was clear the information published was going to be circulated outside the parties named in the protective order well in advance of our getting the information through an FOIA request.

The second email is what was focused on for our follow up FOIA request to the State’s Attorney and the Township.   The email makes it very clear, Karen Lukasik provided the videos in question outside those named in the protective order and her attorney was cc’d in the communication, so he should have known of the circulation.  So while the Township Attorney refused to provide us the requested information citing it was under a protective order, the keeper of those records, the Township Clerk, circulated the requested records to third parties in what appears to be a violation of the protective order.

“Also, could you please return the two thumb drives that I gave to you, the one of Mr. Lutzow and Ryan Provenzano on the Kabota with recycle bins in the back as well as the video of my son, husband and me illegally video/audio in the record’s room while attempting to gather documents for the state police. I need those back asap.”

In that communication, she alleged the security camera that recorded her and her family was done illegally and that allegation became a criminal complaint to which the State Police refused to investigate claiming there is no expectation of privacy. We covered that matter in this article.  While we understand the clerk’s allegation on the matter, there are many pieces of misinformation circulating that need to be addressed.

The camera was placed above a door and attached to a rafter.  On the surface, to claim it was hidden helps support an allegation that something was done illegally, such as eavesdropping. How many knew it was the “IT” person that found the camera when he walked into the very room where this “hidden camera” was located?  It must not have been very well hidden if a person who does not even work there saw it after walking into the room.  Of interest are two statements by the Clerk to the court regarding this alleged hidden camera. (court transcript)

Lukasik -“I discovered a hidden camera –well,  it looked hidden — on August 25th”

Did she discover it?

Court transcript disputes this claim and it is Lukasik that makes the case for the dispute.

Lukasik –“So this is the –This is the camera that I found or that we found that our —that Keith noticed.  It’s a Nest camera he said”

Reading the transcript, all indications are the “IT” person, Keith is the one who discovered the camera, not Lukasik.  The point is, if a person who does not even work there, has probably never been in the room in question, can walk in and see the camera in question and ask about it, most courts would find it was not hidden.  The Clerk’s own response leaves room for that position as well.  She claimed, falsely in our opinion, to have discovered a hidden camera but then follows up with — “well, it looked hidden“.

The reason the issue of hidden or not, along with many other factors that would impact a potential criminal charge of eavesdropping, is the language in the law that points to the device being used in a surreptitious manner.  To allege this was a hidden secret camera when the purchase of the camera was approved by the board and a stranger to the room sees it immediately upon walking in and asks about it, indicates the standard of it being used in a surreptitious manner is going to be difficult to prove, let alone support a conviction in a court of law before a jury of twelve people.  Couple those issues with the ISP communication that there was no expectation of privacy, maybe more people will understand why certain decisions were made to not pursue this issue criminally.

The records in this matter all point to the following:

The public now has the applicable information to better understand the actions of public officials in Algonquin Township and McHenry County, as well as the process we used to legally obtain the information we published. 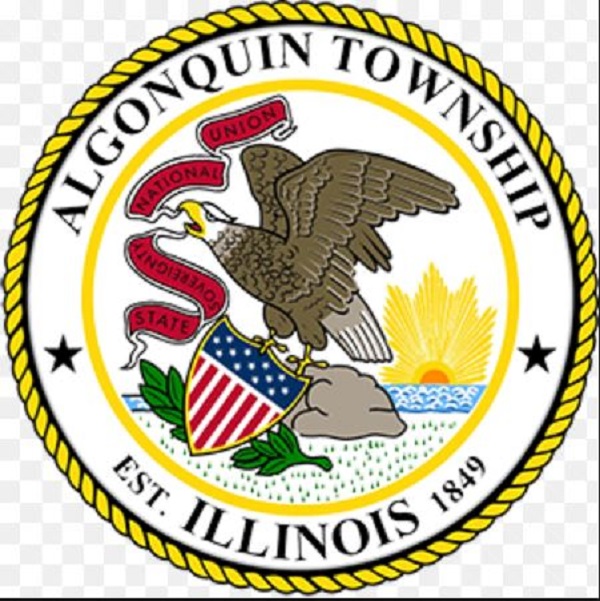