Over fifty Freedom of Information Act (FOIA) requests to Algonquin Township & Road District from the local paper and not a single request for records pertaining to Bob Miller, the former Road District Highway Commissioner. That is based on records provided through an FOIA request. We did find a single request related to Anna May Miller, the wife of Bob Miller who was employed by her husband and also a McHenry County Board member.

About now is the time I wish I had the music from Jeopardy playing……..

The above request was in January of 2018.  To date, nothing of any significance published by the paper regarding Anna May and her pay records, with a possible exception of the miscellaneous payouts done by the Millers.

What did the local paper miss? 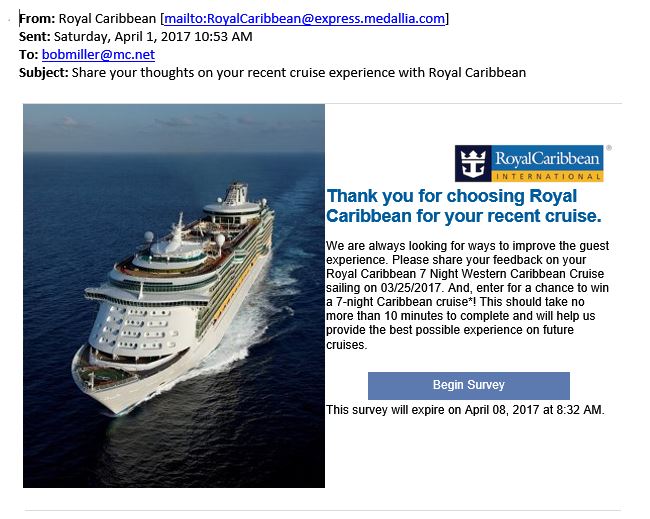 Just prior to Bob Miller leaving office, he took a family vacation Carribean Cruise with his wife, daughter, son-in-law, and grandkids. Metadata recovered from online vacation pics of the Miller family reflect the photos were taken between the dates March 24th and March 31st, of 2017. We have been told the Millers flew the day before and the day after the dates above, thus not at work March 23rd -April 1.

Within 24 hrs of our meeting with the authorities and providing certain information, to include a link to the photos online, the page was stripped of all data.  Coincidence?  We retained all the information in our records as we don’t expect to see any accountability on this matter that we understand is being handled at the State level.  While nothing official may come of this, the people need to know all of the things that went on, and since the local paper has yet to point to this matter we felt it time to start sharing what they either won’t or have not been able to figure out.

The pay period reflects ten work days and 2 weekends (14 days total).  Based on the calendar for that period, that leaves only three work days to work 89 hrs.  In short, there is not enough time in a day, and no that is not a joke.

We have been told by the State’s Attorney’s office that Anna May handled all the payroll information.  It appears her payroll has been padded during a period where she was on vacation. The pay record does not reflect any vacation days taken even though the metadata from online photos and travel information confirm she was on vacation with her family.  Our question to the authorities was simple. How can a person go on vacation from work and collect pay for 89 hrs with so few actual work days in the pay cycle and do so without ever taking any actual vacation time from their earnings?

We do not believe this to be an accident as she knew Derek Lee, her son in law, was with her on the same vacation and his payroll record reflects he took 48 hrs of vacation time during that same pay period. However, while vacation was appropriately recorded for Lee, he was also paid regular pay during this time for 32 hrs and 4.5 hrs of overtime.   Not bad for three work days in the pay cycle.

Stay tuned for the Payroll-gate series to continue with even more shocking math problems on the payroll records to include serious conflicts with County Records regarding mileage reimbursement and meeting attendance, or lack of.